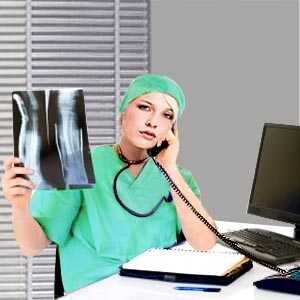 A pap smear enables the doctor to look at the cells from the cervix which is the lower part of the womb. In women, a thin layer of tissue which is composed of cells covers the cervix. Chances are that the cells at the bottom layer moves to the surface of the cervix as they develop.

During such cellular movements, there is a possibility of the cervix cells to become abnormal due to damage. As this occurs, it necessitates that the abnormal cells are removed to prevent cervical cancer from developing.

What is an abnormal pap smear?

Reactive cellular changes can be associated with

An abnormal Pap smear test could indicate any of the following:

Cervical dysplasia: Sometimes, cervical dysplasia or cervical intraepithelial neoplasia (CIN) can be indicated by the abnormal cells of the cervix in a Pap smear. These are precancerous stages. Such changes in the Pap smear will be graded as CIN 1 which is mild, CIN 2 which is moderate, and CIN 3 which means severe. While CIN 1 often subsides on its own and does not require any treatment, CIN 2 and CIN 3 require further evaluation and treatment as these are more serious.

Atypical Squamous cells: ASC is another possible result of abnormal Pap smear. ASC can be f 2 types - ASC US could mean 'uncertain significant,' that is changes are not serious and may be caused by a vaginal infection or an infection with a virus called HPV - human papillomavirus. In such cases, the doctor may want the Pap smear to be repeated.

ASC H means possibility of HSIL where some of the cells are not cancerous but may be precancerous. Your doctor may want to perform a colposcopy which allows a closer examination of the cervix.

AGC refers to atypical glandular cells. These are cells that produce mucus and are located in the cervix or uterus. This result indicates that the glandular cells are not normal and that the changes are usually more serious. Women with AGC exhibit higher risk for cervical cancer. The doctor may suggest a colposcopy to examine any irregular tissue.

LSIL stands for low squamous intraepithelial lesion. There are some early changes in the size and shape of the cells. LSIL are normally associated with HPV and these can cause genital warts. In such cases, the doctor asks for a repeat Pap smear or would perform colposcopy.

HPV refers to a common type of sexually transmitted disease. Women who are younger than twenty years of age face the risk of contracting HPV than older women. In most cases, the immune system which attacks HPV also allows the infection to heal itself. But in a small section of women, HPV may not heal by itself and they will develop CIN. Women who smoke face twice the risk of developing CIN with HPV than the ones who do not smoke.

HSIL means high-grade squamous intraepithelial lesion. This means the cells in the cervix are very different from normal ones. These cells are usually precancerous and likely to lead to cancer of the cervix.

If extremely abnormal cells are reported in the Pap smear, it is indicative of cancer cells in the vagina, cervix and uterus. The doctor usually performs additional testing and then discusses the various possible treatment options.

What are the follow up tests if Pap smear is abnormal?

If the Pap smear shows abnormal results, then the doctor probably may repeat the Pap test. If there are serious changes in the cells of the cervix, the doctor could suggest more powerful tests. These results could help the doctor to decide on the treatment options. Such follow up tests include:

This procedure enables the doctor to examine the cervix more closely if there are any abnormal cells. The cervix is normally coated with vinegar solution which can cause any abnormal area to turn white. Then the doctor examines these areas using a colposcope which resembles a microscope. A small piece of tissue is removed for testing in a laboratory.

As such, the colposcopy is painless. However, if the doctor needs a biopsy of an abnormal area, there may be some bleeding and pain involved. During a cervical biopsy, the doctor removes a small amount of cervical tissue for laboratory evaluation. Endocervical sampling uses a small brush to remove the amount of tissue from the cervical canal. This kind of sampling is utilized in women who exhibit ACG Pap smear result.

During a Pap test, the results may reveal certain changes in the cells of the cervix. This is called cervical dysplasia. This is a medical term for pre-cancer stage. HPV causes abnormal smears in huge majority of women. Other terms that suggest the same as dysplasia include:

There are many types of HPV which may cause dysplasia. Not all the types, though many, are considered high risk types and they are linked to cervical cancer.

In most cases, cervical dysplasia occurs in women between 25 to 35 years of age, although there are possibilities that this could develop at any age. Following are some of the leading causes that could increase cervical dysplasia:

Cervical dysplasia usually does not have any symptoms.

Early diagnosis and prompt treatment could nearly cure all cases of cervical dysplasia. Without treatment, 30 to 50% of such cases may lead to invasive cancer. The risk however is lower in mild dysplasia. Treatment for moderate to severe dysplasia that does not go away includes:

LEEP or loop electrosurgical excision procedure in which an electric current running through a thin wire loop to remove abnormal areas of the cervix. In most cases, the doctor does it in his office.

The name cone biopsy refers to the shape of the sample wedge removed from the cervix. This is normally performed in a hospital and she can return home the same day.

Cryotherapy freezes the abnormal tissue allowing it to shed later. The doctor does it in his/her office itself.

If laser treatment option is chosen, the doctor radiates a laser beam of light to shine on the abnormal tissue, thereby destroying the tissue.

The side effects and risks associated with the type of treatment for cervical dysplasia is discussed by the doctor before treatment begins. There are chances that this treatment may affect future pregnancies.

Treatment for abnormal Pap smears could also result in heavy bleeding and sometimes a watery vaginal discharge. Very rarely does a doctor recommend hysterectomy. Women with dysplasia need to constantly follow up, once in three to six months or as recommended by the doctor.