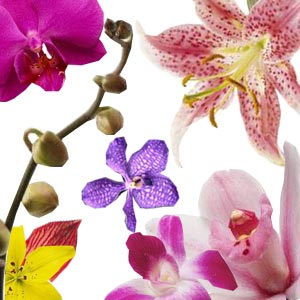 Read up this exhaustive guide on orchid plants and how to care for them. Look at various issues related to growing orchids and interesting trivia on black orchids and other species.

Orchid flowers are a visual treat. They are widely used in floral arrangements, landscaping and corsages. Orchids are used in other ways as well. The orchid genus vanilla is commercially important. It is a popular food flavor too. The underground tubers of terrestrial orchids is finely ground and used for cooking hot beverages called 'salep' and 'fox-testicle ice cream'. The scent of orchids is used in perfumes.

Orchid is a flower that symbolizes the universal message of love, beauty, wisdom and thoughtfulness. Pink colored orchids are a sign of affection. The popular Cattleya orchids denote a mature charm. Thai orchids are famous the world over. Read up on exotic black orchids. Learn how to take care of orchids.

Orchids botanically belong to the same family of plants as grass, lilies and palm. The name 'orchid' is of Greek origin and stands for 'testicle' because of the subterranean tuberoids of the plant. The term was first used by Theophratos in his book 'De historia planterum' (The natural history of plants) in 287 BC. Orchid is a perennial plant and does not have any woody structure. It has three petals. Two petals are similar in color and shape. The third petal is a large lip and different from the other two in color and sometimes in shape.

Orchid is a highly adaptable plant. It adapts well to the environment. Orchid is not a parasite but simply absorbs the nutrients from its surroundings and grows. Orchid is perhaps the most biggest and diverse of flowering plants. There are about 32000 named species of orchids. They can be divided into 800 orchid genera. There are approximately 115000 orchid hybrids (manmade and natural cross). Orchids are said to have a very long life.

Orchids, like most plants prefer middle range of temperature, one that is neither too hot nor too cold. Orchids at severe climates do not grow well. Orchids are people friendly. They make excellent companions for our homes. They provide a relaxing and rewarding experience to the grower. Orchid plants can be classified as:

Epiphytes: They are air plants and grow on trees.

Lithophytes: These orchid plants cling to the surface of rocks.

Saprophytes: Such orchid plants grow on the forest floors.

Terrestrials: These orchid plants anchor themselves in the soil or sand.

Most orchids are epiphytes. They grow on tree bark, pebbles and wooden plaques. Orchid plants are specially shaped, colored and emit scents to attract the desired pollinators. Some species exhibit defensive behavior to ward off undesirable polluting insects. Orchids mimic the shapes of bees, wasps and even spiders to frighten the insects. They sometimes produce specific sedatives which anesthetize the invading bees.

Some orchids close their petals tightly and trap a wasp when they sense one. The classic example is the 'Lady's slipper' (Paphiopedium) which has a deep socket that traps the insects visiting. Another interesting example is an underground orchid in Australia 'Rhizanthella Slateri' which has never seen the light of the day. It depends on ant and other terrestrial insects to pollinate.

The variety of 'Phalaenopsis' is the easiest orchid flower to grow. It is America's favorite orchid. This long lasting orchid flower boasts of striking colors. The species 'Odontoglossum Oncidium' is the most popular among orchids. Some orchids are scented and some less fragrant. The smell of orchids is similar to coconut, raspberry, lilacs and citrus.

Generally an orchid label consists of two names. The first name denotes genus that is the grouping of similar type/kind of orchids with common characteristics. Most often it is in Latin. The second name denotes the species. A genus is divided into several species. Species name throws light on the origin of the orchid plant, its specific color and appearance, shape.

Hybridized orchids are named differently. Hybrids are normally named by the grower. Special orchids will have the cultivators name as well. It is interesting to look at some of the major groups of orchids:

Epidendrum group: This is a group of wild orchids. It is the largest group and has about 1000 species.

Denobricm group: This is the second largest genus containing 900 species. It is found in the Himalayas, in southern Asia and Australia.

Cymbidium group: This group contains about 40 species and is prized for its beauty. Multiple blossoms in a single stem is its specialty. Long lasting cut flowers and orchids valued as export commodity come under this group.

Brassarola group has fragrant flowers, most of which are white colored. Heavily fringed lips at the edge of the blossom are the specialty of this group.

Orchids are very tender. They need very special care and nurturing. Orchids need to be planted correctly. The right fertilizer, correct light, accurate temperature and proper watering are all essential for maximum growth potential. Let us take a closer look at some of the most popular species of orchids and their specific growth requirements:

Phalaenopsis: This orchid plant is the easiest to grow and is popular with beginners. It is also called moth orchid. The flowers last for one to four months. It is a large well grown plant. This plant needs less light to grow. It can be grown in diffused or artificial light in a window or a room with little or no sun. Phalaenopsis grows well under warmer conditions. A temperature of 60 -65 degrees at night and 75 -85 degrees during the day is suitable.

Watering is very important for this orchid plant because it does not contain pseudo bulbs like other orchid genera. There is no water storage capacity either. The plant should not be allowed to go dry. It is desirable to fertilize the plant on a regular basis with a balanced fertilizer. The fertilizing regimen can be reduced in winter. This plant should be repotted after the flowering period. While repotting, the old media should be removed and dead roots should be trimmed away.

Vanda: This species of orchid is a sun-loving plant. These orchids are used extensively in landscaping in Hawaii. They need high lighting conditions. The 'Ascocendas' category will grow indoors using artificial light. Vanda should be kept warm, 60-75 degrees at night and 85-95 degrees during the day. Watering should be done frequently. Humidity increases the Vandas growth rate. About 70-80 percent of humidity should be provided. Vandas love air movement. Even if the are grown indoors, it would be better to use a fan. Orchid care for this species includes a balanced fertilizer that is released slowly.

Oncidium: This Orchid plant comes from a diverse family. They grow in high mountain ranges in hot areas. They require less light if the leaves are found to be wide and more light is required if leaves are stiff and dense. The softer variety of Oncidium can be grown indoors and these require less light.

Oncidium grows in intermediate temperatures, about 60 -65 degrees at night and 80-90 degrees during day. They require plenty of water, but the water should be allowed to dry thoroughly before watering again. Oncidium do not require humid conditions. A balanced fertilizer during winter months is suitable. Repotting can be done after flowering when the plants grow actively.

Miltonia require high temperature and also good humidity levels. Both categories require heavy watering. Miltoniopsis should be repotted often, whereas Miltonia can be repotted once a year.

Cattleya: Named as the Queen of Orchids, Cattleya is very popular and most commonly grown orchid flower. These orchids are used in corsages. They require bright light and the hybrid varieties require 50 - 55 degrees at night and 70-100 degrees of temperature during the day. They also need adequate air movement. Cattleya is true epiphytes. They are air plants that grow in the trees and in jungles. Orchid care for Cattleya is minimal as watering is infrequent.

Dendrobium: Widely used in floral arrangements, this is a widely cultivated plant of the orchid family. These orchid plants require bright light. If grown indoors, at least 50% shade is to be provided. Dendrobium requires warmth and temperature of 60 -65 at night and 80-100 degrees during day.

They develop pseudo bulbs when mature and so less water is required. They require adequate watering when young. Regular fertilizing is essential because Dendrobium tends to grow fast. As part of the regular orchid care for Dendrobium, high phosphorus fertilizers and regular repotting can be done after two years.

Phaius: Commonly known as Nun Orchids, these species have bronze and white colored flowers. They are terrestrial orchids. They can also be grown in green houses. The blooming starts in the fall and ends in spring. As the leaves are wide, they require less light. This orchid flower loves water.

They can tolerate up to 95 degree temperature. They need to be kept moist all the time. 60 percent humidity level is excellent for them. They require fertilizers that are solid and slow release. They outgrow the pot they are planted indicating that it is time to repot.

Bulbophyllum: This genus has wide range of plant size and flower structures. They can be grown both in small and large areas alike. They have very low light requirements. They wider the leaves, the lesser the light they require. They grow under tropical temperature and in intermediate temperature conditions. They are water lovers and they need to be watered at least twice a day. If they are not watered adequately, then the leaves will grow small in size. They require a humidity level of 60 percent. They need a balanced fertilizer at least twice a month.

The story goes that orchids grew wild in Thailand, till a Thai prince took up propagation of native and foreign species of orchids. The prince started breeding his own variety of orchids about 100 years ago. He presented these orchids to the kings and royalty who took up orchids growing as their hobby. What was once the hobby of kings has now taken up by commoners. Orchids have developed into a multi billion baht industry in Thailand. Thailand has become one of the world famous exporters of orchids.

Thai botanists have excelled in producing prized, rare and pure white orchids, only six specimens of which are found in the wild and in the laboratory and rearing houses of Thailand. Buyers throughout the world are willing to bid hundreds of dollars on new hybrids of orchids. The month of January is the major blossoming month for orchids in Thailand. The Chiangmai charms everyone with a special visual display of incredible variety of orchid flowers with matchless color and shape.

One of the rarest blossoms in the world today is the black orchid. Some of the black orchids teeter on the brink between black and blue, black and purple and black and deep maroon. But the pure deepest solid black colored orchid is 'Liparis nervosa' which has a sheen and depth of blackness. The 'epigenecium amplum' is the popular 'black-tongued' orchid.

More on Home and Garden 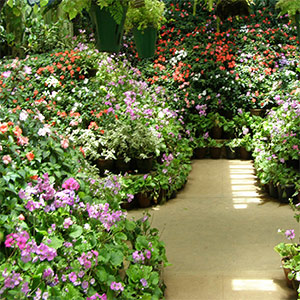 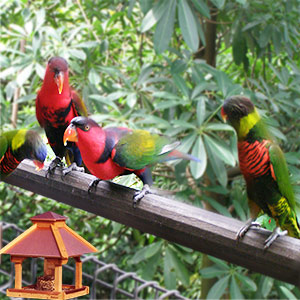 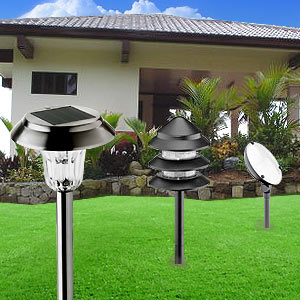