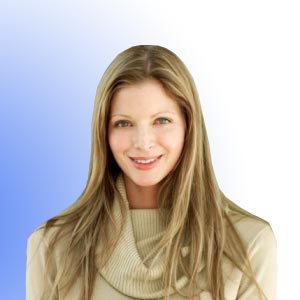 Facing a little bit of droopiness in the jowl area? Does your neck resemble that of a turkey? A mini facelift can do wonders in giving you the youthful look.

It's only natural that as you get older, your cheeks and chin are starting to droop. You appear jaded and tired - a sign that your skin is aging. These changes on the face are inevitably due to the pull of the gravity. Traditionally, people waited until these signs were obvious and then went in for a full facelift. This usually resulted in dramatic changes; in addition to advertising to the whole world that you have had a facelift done. Modern technology has made cosmetic surgery easier, safer and less invasive by offering an alternative to the full facelift - the mini facelift.

Basically, the mini facelift is for those people who want to subtly alter their facial features without going the whole way. It is like having a tune-up of your facial skin. The mini facelift works best for those in their 30's and 40's. Younger patients opt for this minimized lift to obtain a youthful and fresh look without the effort of a full facelift.

The advantages of the mini facelift are that it can address specific areas of the cheeks, neck and the jowls, without targeting the full face. In fact, mini facelift specifically deals with the lower portion of the face. As they can be easily modified to target specific problems and are generally associated with quick recovery, mini facelifts are also called ‘weekend facelifts'. You can have the surgery on a Friday and get back to work by Monday.

Ideally, a mini facelift is recommended to those who are not yet in need of a full facelift, but who need a slight tune up to prevent the sagging of cheeks and neck areas. Mini facelifts primarily target the heaviness along the jaws with an emphasis on the jowls that are characteristics signs of aging. Mini lifts are also effective as an add-on for those patients who previously had full facelifts, but desire additional rejuvenation of the cheek or neck area. At the same time, having a mini facelift does not prevent one from having a full facelift later on, if necessary.

The mini facelift is also referred to as S-lift (short incision facelift) due to the shape and smaller size of the incision. The incision is hidden behind the natural curves of the ear and the hair line. The surgery is performed under local anesthesia and is minimally invasive. This is an outpatient procedure that lasts for about 1-2 hours.

There are two basic procedures which can be performed, either individually or combined – the anterior and the posterior. The anterior facelift attacks the lower one-third of the face. In this, an anesthetic solution is injected in the area in front of the ears. This solution numbs the lower face, prevents bleeding and separates the skin from the underlying tissue. Small incisions are made from the front of the ear to the hairline. The facial plane is gently pulled to tighten the skin and is supported with deep sutures, about 6-8 in all.

In the posterior mini facelift, the anesthetic solution is injected behind the ears. This solution numbs the lower face as well as the neck area. Here, small incisions are made behind the ear and proceed up to the hairline. The skin of the neck is then gently pulled up and the excess skin is tailored with 8-10 fine sutures. This is also referred to as mini neck-lift.

After the surgery, a bandage is wrapped under the chin from around the top of the head. The bandage must be kept on for the first 48 hours after surgery. It should also be worn for the next week at night. Lying down with the head in an elevated position will aid the recovery process. Prescribed pain killers are prescribed to relieve post-operative discomfort. Some patients may also experience temporary bruising, but it can be camouflaged with make-up. In fact, make-up can be applied immediately after the surgery. Scars, if any, become less visible with passage of time.

With advanced technique, slow resolvable sutures are also used. The special antibiotic threads are anchored firmly subcutaneous. Over time, the body generates new collagen around the contour threads, which help maintain the lift. Then, the thread disappears. You can also avoid the bruising, swelling and prolonged healing often associated with full facelifts.

The average duration for post operative recovery is usually 48 - 62 hours, although it could be longer depending on the individual. However, as with any surgical procedure, the risks of post-operative bleeding, infection of the wound, scarring and nerve damage should be taken care of. One can enjoy the benefits of the mini facelift for about 5-7 years and the result varies in accordance with a patient's lifestyle. The skin has to be maintained well and overexposure to the sun must be avoided.

Costs of mini facelifts range from about $1200 - $1800. Like most cosmetic surgery, it is not covered by insurance. Due to its low cost and reduced duration of post surgery recovery, the mini facelift is ideal for those professionals who work on tight schedules. But it should be noted that a mini facelift is substantially less effective if aging has been allowed to progress unchecked, and, a full facelift may be necessary in such cases.

Age, gravity, stress and pollution are the main culprits which cause our skin to sag and loosen. We end up looking older than we really are. With mini facelift, you will find that the loose skin of your face is reduced, giving the face a much softer, fresher and younger look. Get ready to face a barrage of compliments and ‘you look great' comments.