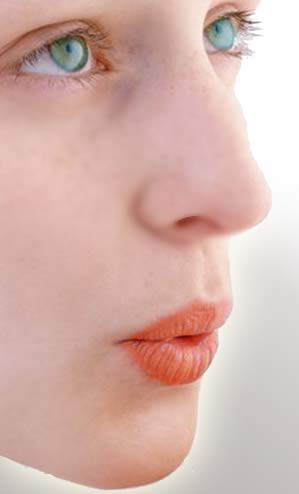 A complete guide to chin surgery - be it to augment a weak chin or soften a chin that juts out too much. Understand the surgical procedure involved.

The chin plays an important part in determining the profile of a face. Often too large or too small chins can distort the balance of your face. This can be improved by chin surgery. Chin surgery (Mentoplasty) is a surgical procedure to reshape the chin. If the chin is too large, it can be reduced (chin reduction) and if it is too small, it can be augmented (chin augmentation). Chin surgeries are often recommended to patients who undergo nose surgery, since the size of the chin may make the perceived size of the nose appear bigger or smaller.

Chin surgery is often performed to achieve symmetry with other facial features. Proper consultation with your plastic surgeon will help you know the right kind of chin surgery required to improve your chin and bring it in balance with the rest of your face. A well-balanced profile can be usually achieved either by inserting an implant in the chin or by moving the bone forward to build up a receding chin.

Chin surgery can also help reduce a jutting or prominent chin by a procedure called sub-mental liposuction, where excess fatty tissue is removed to redefine the chin or neckline of the patient. Chin surgeries can not only improve your chin structure but could also improve problem of birth defects in the structure of the jaw. The doctor will need to examine your facial structure and study the skin texture as well as the underlying bone structure. Then a plan for the chin surgery is developed - where to make an incision so that it is inconspicuous, what type of anesthesia is required and what technique is suitable.

Implants supplies can vary from silicon to more porous, flexible and bio compatible materials. Nowadays there are even synthetic pastes. This surgery can be combined with submental lipectomy, a procedure to remove excessive fatty tissue underneath the chin. This process eliminates double chin and improves the overall effect of chin augmentation.

A silicone implant is used to improve the appearance of your chin. This procedure is performed by making a small incision beneath the chin or inside the mouth behind the lower lip. A pocket is created at the tip of the chin and a silicone implant of appropriate size is placed in the pocket.

The silicone implant is inserted through an insertion beneath the chin or inside the mouth. The surgeon selects the implant of the right size and shape so as to enhance the appearance. Later the incision is closed and a tape is placed on the chin to hold the implant in place that can be used to mold the new chin. You will experience swelling and discoloration initially.

Genioplasty is a form of chin reduction often used to treat a poorly developed chin (microgenia). This surgery aims at altering a protruding chin by removing excess bone from the chin bone. If you have a projected chin, your surgeon alters it by detaching the tip of the chin bone and sliding it forward to augment the contour. Genioplasty chin surgery is performed through an incision inside the mouth in the area of the lower lip. The tip of the chin is then carefully detached with a dental saw, moved forward and stabilized with wires and plates. This makes the chin more prominent. The surgery may result in swelling for several weeks to months while the bone heals.

Risks and Complications of Chin Surgery

The chin will probably feel tender for a few days with a feeling of stretching in and around the jaw. Healing is gradual. For few days after surgery, you need to wear a protective cover over your chin. The after effects of chin surgery may include swelling and bruising.

The other effects may include numbness, soreness and tenderness, which usually last for 3 months. Risks of chin augmentation may include infections and adverse reaction to anesthesia. Sometimes, there is a risk of the chin implant moving or shifting out of alignment and even rejection of implant by body, resulting in necessary removal.

As per the reports of the American Society of Plastic Surgeons (ASPS), the national average fee for chin augmentation may range from $2,500 to $5,000 including anesthesia and other additional charges.