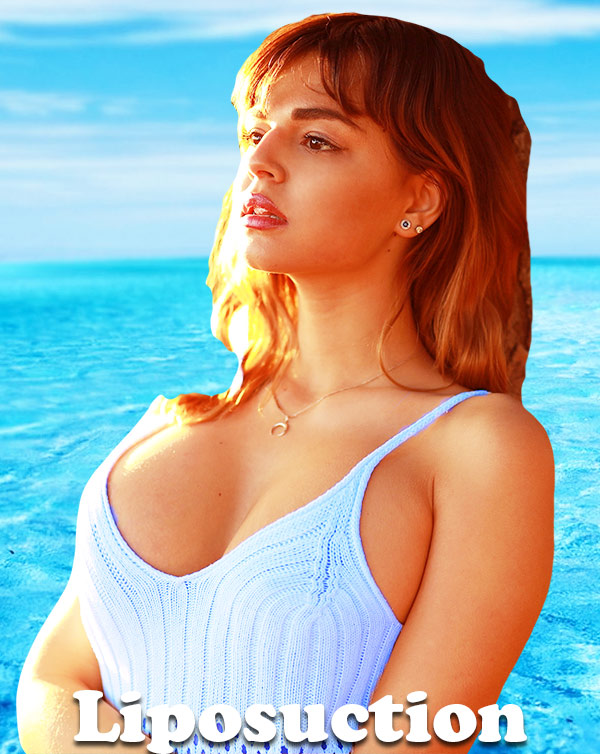 Liposuction Surgery is a cosmetic procedure involving removal of excess skin and fat, tightening muscles and redraping the remaining skin primarily to counter the ill-effects of aging. What are the variations, features and alternatives for liposuction procedure.

Liposuction is a cosmetic surgery technique for removing unwanted fat cells from the abdomen, hips, thighs or male breast while doing as little damage as possible to the nearby connective tissue and blood vessels. This cosmetic procedure involves removing excess skin and fat, tightening muscles and redraping the remaining skin primarily to counter the ill-effects of aging. Liposuction surgery or what is popularly known as fat suctioning uses high vacuum attached to special probes known as cannula into the fleshy parts of the body to remove the excess fat usually for cosmetic reasons. The fat cells are then sucked out thereby creating a contour to the body part.

Liposuction Surgery is sometimes resorted to in the case of Hyperhidrosis a medical condition in which the patient sweats excessively and unpredictably. Here the goal of the liposuction is to remove some of the excess sweat glands responsible for axillary hyperhidrosis. Invariably this procedure has the advantage of leaving smaller scars.

Tumescent Liposuction is a popular version that has found many takers. Use of laser and ultrasonic waves in the liposuction process is also catching on.

Tumescent Liposuction
Tumescent Liposuction was a major advancement in the liposuction surgical process. This breakthrough process developed in the mid 1980s involved filling the fatty layer of skin with a diluted solution of local anesthesia (lidocaine) and other medication prior to the surgical process. The liquid causes the compartments of fat to become swollen or 'tumescent'. This process allows the plastic surgeon to safely and effectively remove the excess layers of fat with little discomfort. The cosmetic results are astounding; coupled with rapid healing of the scar. Large volumes of a local anesthetic along with epinephrine drug are used to shrink capillaries and thereby minimize blood loss. The skin is helped in the contraction and healing process by an elastic compression garment. Tumescent liposuction can be power-assisted by a mechanical cannula so that fatty tissues are removed with increased precision. This type of precision liposuction is generally used on the face, neck, arms and calves.

There is a newer technique to the procedure which uses a cutting cannula called as liposhaver which significantly reduces the time and effort of the surgeon. Benefits of tumescent liposuction are reduced bleeding, fewer skin irregularities and consequently faster recovery. This surgical liposuction procedure can be done sans costly hospital stays and therefore exorbitant charges can be avoided. Sometimes side effects such as lumpiness and dimpling of the skin are seen. Another rare complication is pulmonary edema, which results in fluid accumulation in the lungs.

Liposuction does not remove large quantities of fat and is not intended as a weight-reduction technique. The average amount of fat removed is about 1 liter. Another thing which Liposuction is not intended for is to remove cellulite (lumpy fat) But many plastic surgeons use liposhaving based on liposuction procedure on the region which contains cellulite - abdomen, hips, thighs, buttocks and chin. They report that it is less traumatic to the skin than the regular liposuction. Liposhaving process is removing the fat that lies closer to the surface of the skin by using a needle like instrument that contains a cutting surface - sharp edged shaving device.

Ultrasonic liposuction
Removal of fat from the subcutaneous space can be done with ultrasonic liposuction procedure. The ultrasound breaks up the fat, which is then removed by suction. A generator produces ultrasonic waves that are transmitted to the tip of a suction cannula or wand. The fat cells break up and the fat is emulsified on contact with this cannula tip. A low-pressure suction can be used to remove the liquefied fat.

Ultrasonic liposuction is a two-stage process that was initially developed in Europe by an Italian surgeon Dr. Michael Zocchi. Later, the suction cannula was modified to function as a wand too. Thus, both processes of emulsification and suction could be performed at the same time. This process of ultrasonic emulsification has been used to remove fat from the omentum inside the abdomen. It works best on fibrous areas. The process of ultrasonic liposuction works in much the same way as phacoemulsification - a process used for removal of cataracts.

Laser liposuction
Lasers are used in liposuction to shrink the sagging skin that occurs due to the liposuction process. A combination of CO2 laser along with liposuction of the neck can tackle this problem. Prior to liposuction, a cold laser is passed over the treatment area to allow for easier removal of fat and reduced procedure time. Laser assisted liposuction is used along with the tumescent method to provide faster recovery and aesthetically pleasing results. The low intensity laser produces no heat and produces no burning.

As liposuction is an outpatient procedure and hence rarely requires one to stay over night in the hospital. The incisions are small enough so that fewer sutures would have been used. Normal activity can be resumed usually within days depending upon the region worked. Post operative swelling will come down after a week while it may take 3-6 months for the final contour to be achieved. If swelling persists abnormally it is possible that such swelling might be the result of excess fluid and blood accumulation. If you have been advised to wear compression garments, it is a good idea to wear them to avoid such swelling.

The greatest risk of complications is when too much of fat is removed or too many parts of the body are worked on at the same time. If too much fat is removed, the skin may peel in that area which will be aggravated for smokers as their circulation will have been affected. Removing too much fat may also cause the patient to go into shock. However the morbidity rate from liposuction is less than 1% in the USA.