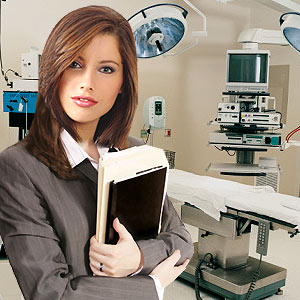 Medical malpractice can range from not informing and getting proper consent from the patient while operating or treating for a particular ailment to performing the surgery incorrectly. Read more on the current scenario on how abnormally high premiums on medical malpractice liability insurance has even forced some doctors out into retirement.

A patient may be subject to various forms of 'malpractice' by his/her medical provider, a physician in most common situations. In the US, 2696 total serious disciplinary actions are taken on an average a year. But this is only a pittance when compared to the volume of injury deaths to patients caused due to the negligence of the medical doctor.

In simple terms, medical malpractice is 'an act of negligence' that is committed by the medical provider on his/her patient. This malpractice may range from the simple act of failing to put the rails of a hospital bed or as complex as not performing an open heart surgery properly.

Another common malpractice occurs on the issue of informing and getting proper consent from the patient while operating/treating for a particular ailment. Sometimes when the details, risks, benefits and options are not informed to the patient, it is malpractice for not getting 'informed consent'.

The Institute of Medicine of the National Academy of Sciences had estimated that as many as 98,000 patients may be killed every year in hospitals. Medical errors are posing a serious national problem in the US.

A National Practitioner Data Bank reports 54.2% of malpractice payouts, from only 5.1% of medical doctors. The malpractice insurance costs only 3.2% of the average physician's revenues.

There have been occurrences of medical practices that ended in court settlements. And the Plaintiffs choose to claim for more than 10 times the cost according to Physician Insurer Association of America data.

In terms of disability and health care costs, lost income, lost household production and personal costs of care incurred to society ranges between $17 billion and $29 billion; whereas, the medical liability system costs only $6.7 billion annually.

The concept of Professional liability

Corporate professional liability is highly recommended for those who have a corporation. If liability suits arise against the corporations due to contractual obligations and responsibilities of participating physicians, this kind of liability insurance does help. This insurance cover extends when employees of the corporation are deemed as negligent in patient care decisions, when delay in rendering care or failure in diagnosis or performance occurs.

Medical professional liability policy also includes the gamut of billing errors and omissions. There could be deficient services or errors regarding duplicate billing, billing for services not rendered or unnecessary services, billing for services that do not meet the standard of care, or billing for supervision of residents. However, if the billing activity is 'outsourced' then the endorsement is not available.

Medical malpractice insurance: how does it work?

There are commercial companies that sell the insurance to the physicians, either individually or through group practice. Hospitals and health care facilities also purchase their own insurance, while hospitals that employ physicians tend to buy a policy both for the hospital as well as for its medical provider.

Similarly, orthopedics pays the highest premiums because they perform procedures that have high risks of complications or as their patients suffer more serious illnesses and injuries.

Unlike auto insurance, medical malpractice insurance is not experience rated. This is mainly because of the fact that physicians claims to experience tend to vary over short time periods. Therefore, an actual stable estimate of their risk is difficult to gauge.

Moreover, malpractice premiums are unusually priced according to the physician's specialty and geographical location only. Even for hospitals, only some degree of experience rating occurs. This is not more than 25% of the hospital's total premium. Hospital premiums vary with hospital locations and the type of services offered, for instance, the level of trauma and so on.

Further, in many states in the US, it would take years to resolve a claim from the date of an incident. Sometime, plaintiffs have to wait for two to three years after discovery of an injury that allegedly resulted from medical malpractice. As there is difficulty in estimating liability for claims, it is not an easy task for insurers to set premiums accurately.

Many physicians, who may be practicing in medical groups or employed in hospitals or managed-care programs, negotiate for lower rates of premiums and broader coverage.

But the growing trend of lack of affordable liability insurance threatens to test the ability of many a physicians to practice medicine. In fact, potentially many leave the service in the bargain.In the US, particularly in the states that have not enacted the tort reform, medical liability insurance is skyrocketing. There are many high risk specialists, who are unable to obtain cover at all.

Many physicians are forced to retire early and move to states with lower insurance premiums or stop performing certain procedures.

The closure of many trauma centers and emergency departments across the US has resulted in patients travelling further to receive medical care, and this can even be life threatening to severely ill or inured patients. In the states of Connecticut, Florida, Illinois, New Jersey, Pennsylvania and West Virginia, protest rallies have been held to catch the attention of the policy makers on this issue of reducing premiums for medical liability insurance.

There are several other issues that have arisen from the springboard of medical malpractice liability insurance. Since there is a lurking fear that the physician can get sued at any moment, doctors tend to order excessive tests to cover themselves. Some avoid certain fields of medicine altogether. All these can only help drive up the cost of healthcare.

The irony is that doctors pay a hefty sum every year towards premium cost of malpractice insurance. Yet he/she may never have made a mistake or being sued at all.

There are instances when state juries have awarded the patient-victim excessively generously rewards knowing fully well that the insurance companies can afford to pay. The cost of these lawsuits gets passed on to the physicians. A study reveals that the cost of malpractice litigation is 30 billion dollars per year and this rises by 10% annually.


There is the instance of a Brooklyn obstetrician who was forced into retirement because of her inability to meet the malpractice insurance of a whooping $ 160,000 per year. And she has never been sued or even had any settlement claim against her. As a medical doctor, it is imperative that he/she ensures that the premiums are not overpaid and yet quality malpractice coverage is received at the best rates. 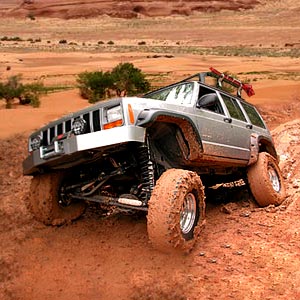