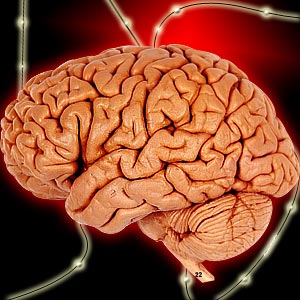 It is observed that women with epilepsy have lowered fertility when compared with other women. Learn more about epilepsy in women and its effects.

Women with epileptic seizures face challenges - from changes in their menstrual cycle to concerns during pregnancy. And more than one million women and girls suffer seizure disorders in the US.

While society continues to discriminate and abuse the affected, organizations like the Epilepsy Foundation are attempting their best to address the unique health concerns of women with epilepsy.

Childhood absence and syndrome of photosensitive epilepsy are more common in females. Similarly, genetic disorders with associated epilepsy and eclamptic seizures in pregnancy can occur only in women with epilepsy.


It is observed in general that women with epilepsy have lowered fertility when compared with other women. Although it is true that seizures result in abnormal reproductive hormone variations, social inhibitions are also a cause for lower birth rates in women with epilepsy. Married women with epilepsy fear seizures during intercourse. Also marriage occurs at later age when fertility may be less for other reasons as well.

Fear of the effects of epilepsy and its treatment during pregnancy may also cause women to seek abortions, contraception and sterilization resulting in infertility.

Menstrual disorders in women with epilepsy

There is a link that can be noticed between menstrual cycle and the tendency to have epileptic seizures. During menarche, FSH and LH and ovarian steroids, estrogen and progesterone increase. The cyclic increases in estrogen in relation to progesterone trigger off breakthrough seizures. Seizure types also vary according to hormonal patterns. While partial seizures worsen in the follicular phase, absence seizures increase in the luteal phase.

Stress and anxiety are part of premenstrual tension and these can cause triggers for seizures. This is the reason why premenstrual tension may increase the risk of seizures. In women with epilepsy, the periods happen more often than every 25 days. A number of women with epilepsy also suffer unpredictable periods which do not follow any set pattern. Disturbed seizure pattern and intake of anti epileptic drugs may be the cause for disturbances in the menstrual cycle.

One possible treatment for catamenial epilepsy is the drug clobazam which should be taken alongside other anti-epileptic drugs on advice from the health care provider. The water retention around the time of periods in the body can change the fluid balance of the body which may make seizures more likely.


Adolescent and teenage girls with epilepsy often fear ridicule and rejection and there is a tendency for them to withdraw socially and stay aloof. Supportive parents and peer group can help young women with epilepsy to become successful adults with normal behavioral patterns. Professional counseling may also be necessary for some adolescents along with their family members.

It is better for adolescents with epilepsy to avoid alcohol and drug abuse as these act on the central nervous system which can worsen epilepsy. Risk of seizure is more for sports personnel with epilepsy with potential head injury. It is better for them to participate in less risky activities and use protective head gear as a precaution.

Similarly, those recreational activities that involve water should be carefully monitored. It is recommended to use showers over tub baths to avoid the potential hazard of drowning secondary to a seizure.


Osteoporosis is the thinning of bones and women are at greater risk of osteoporosis than men. Women with epilepsy are at particular risk for this condition which is associated with bone fractures. Bone density and strength decreases when an imbalance in this cycle causes more bones to break down.


The choice of anti epileptic medication depends on the seizure type and also tolerance level to the medication. While some types of epilepsy respond better to medicine others may not. When seizure patterns change, certain medications need to be altered.

Although all who take medication need not suffer side effects, there are some who notice symptoms after intake of medication. There may be weight gain, unrelated to the calories eaten or weight loss. Undesirable cosmetic effect such as excessive hair growth and coarsening of features are other side effects of anti epilepsy medication. Mood changes, depression, illness and stress, inability to concentrate, bone loss and risk of osteoporosis, and changes in menstrual cycle, and length and regularity of periods may all result from medication for treatment of epilepsy.

It is best advised to take the least number of different drugs possible for control of seizures. This is especially applicable for a woman who has epilepsy and who wants to become pregnant as we cannot certainly judge what may cause a birth defect.


Top of the Page: Women with Epilepsy
Tags:#Women with epilepsy #epilepsy and fertility

Top of the Page: Women with Epilepsy
Popularity Index: 100,422