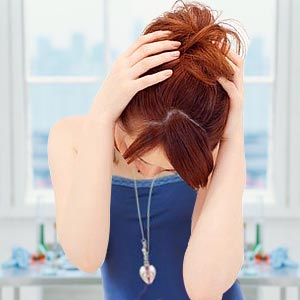 The highly elevated mood episodes are known as mania or extremely sad moods are called depression. A patient suffering from bipolar disorder might experience mania, depression or a mixed feeling of both. A mild episode of elevated mood is known as hypomania. Normal mood persists in between episodes of mania and depression.

The extreme variation in mood, energy levels and activities can interfere with the day to day activities of a person and can at times get a little dangerous. This disorder is not very easy to diagnose in the initial stages and a person suffering from the symptoms for years together might not notice it and might not realize the seriousness of the condition. The initial symptoms are in line with symptoms of ordinary mood disorders. Bipolar disorder usually sets in during the late teens or early adulthood.

Bipolar I disorder: In this type of disorder, the patient has at least one episode of mania or mixed mood and often gets depressed. In between mood swings, the patient might appear to have normal mood. Mood swings can come about with changing seasons.

Cyclothymic Disorder: This is the mildest form of bipolar disorder. The patient experiences mild gloominess/depression and somewhat elevated/happy mood. Mood swings are less severe and prevail for a short period of time. People with cyclothymic disorder might develop severe bipolar disorder with time.

Bipolar disorder non-specific: When a patient does not fit into any of the above categories, that person is classified under this category.

Few people experience rapid-cycling bipolar disorder, meaning they have at least 4 or more episodes of elevated mood and/or depression in a year.

Hereditary factor: Any relative from the patient's family might have been a victim of this disorder thus passing on the disorder.

Hormone level fluctuation: It is understood that varying hormonal levels in the body could lead to bipolar disorder. For e.g. people with altering thyroid hormone levels are prone to this disorder

Brain part: Varying size and shape of parts in the brain can also lead to bipolar disorder

Chemical imbalance in the brain: If the chemical levels in the brain are not at the optimum levels, it can result in bipolar disorder

Symptoms vary from person to person; the symptoms can be classified as per the mood. The most prevalent symptoms include:

Many people experiencing this disorder are not even aware that are undergoing such a problem. People generally speak of their depression stints and leave out the over elated/mania stints, this makes it difficult for the physician to diagnose the disorder.

Bipolar disorder varies from person to person and so the treatment offered is also based on the current condition of the patient.

Psychotherapy/talk therapy: This kind of therapy enables the patient to talk about his/her condition to the health professional. Talk therapy sessions could be anyone or a combination of the below mentioned

Bipolar disorder can not be prevented but identifying the disorder at early stages and getting it treated through a trained medical professional can help in tackling the disorder in a better manner.