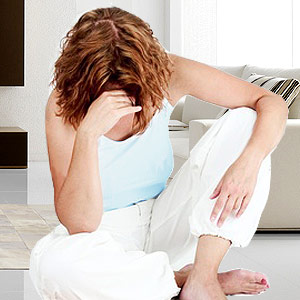 Aphasia is an acquired language disorder, causing total impairment of language ability. It includes not just difficulty in producing but also comprehending both spoken and written language.

About one million people in the US currently have aphasia, an acquired language disorder, causing total impairment of language ability. Aphasia includes not just difficulty in producing but also comprehending both spoken and written language. A victim of aphasia may exhibit impairment depending upon the extent of brain damage - he may be able to sing but not speak. There are chances of aphasia co-occurring with other disorders like apraxia which also result from damage of the brain.

Aphasia can be diagnosed either by quick clinical screening or tests conducted for hours together examining the key components of language communication. However, the prognosis depends upon several factors including the age of the patient, the location and size of the lesion and the type of aphasia he is suffering from. Learn more about fluent aphasia, semantic aphasia and receptive aphasia.

Aphasia is a disorder that is caused by certain portions of the brain that are responsible for language being damaged. In most cases, these areas are located on the left hemisphere of the brain. The onset of aphasia is almost sudden, as a result of a stroke or head injury or brain tumor, an infection or dementia. Due to the disorder, the expression and understanding are impaired as well as reading and writing.

Who does aphasia affect?

Anyone can suffer aphasia. This includes children, but most of the people with aphasia are either middle aged or even older. Aphasia affects men and women alike. The National Aphasia Association estimates that approximately 80,000 individuals acquire aphasia each year through strokes in the US.

Aphasia is caused by damage of one or more language areas in the brain. Most of the times, the cause is construed as a stroke. And a stroke occurs when blood is unable to reach a particular part of the brain. When normal supply of blood which carries oxygen and important nutrients fail, the brain cells die. Other than this, severe blows to the head, tumors, infections and other conditions affect the brain.

Signs and symptoms of aphasia

While some have difficulty using words or sentences revealing 'expressive aphasia', some others have trouble in understanding others 'receptive aphasia'. Those with global aphasia struggle with both words and understanding.

The victims suffer problems with spoken language, in both talking and understanding and in written language in reading and writing. Aphasia can be mild or severe depending on the location of the damage to the brain.

Fluent aphasia is also known as receptive aphasia. This is an impairment that is mostly related to difficulty in auditory verbal comprehension. There would be repetition in the use of words, phrases and sentences during conversation with others. Although speech may be easy and fluent, there could be difficulties related to the output of language as well. Fluent aphasia is characteristic of long and winded sentences that have no meaning, verbosity.

Fluent aphasia is also called Wernicke's aphasia and is caused due to damage to the temporal lobe of the brain. In many, the damage occurs in the left temporal lobe although it can occur to the right lobe as well.

Victims of fluent aphasia are often unaware of their mistakes. These individuals have no bodily weakness as the brain injury is not located near the parts of the brain that control movement.

These patients suffer a rare phenomena where they do not understand speech but have no trouble speaking. They ramble quite fluently which may lack meaning. They tend to ignore sounds for a moment, and hearing for another moment. This can cause them to get tough deaf at times. There is a marked discrepancy between their intelligence and their ability to communicate.

Receptive aphasia reveals certain distinct characteristics. Some of them are:

Non fluent aphasia is called expressive aphasia. This deals with difficulties in articulation, although the victim can exhibit good auditory verbal comprehension. Broca's aphasia refers to a type of non-fluent aphasia. Victims of Broca's aphasia exhibit damage to the frontal lobe of the brain. These patients often have right side weakness or paralysis of the arm and leg as the frontal lobe is essential for motor movements.

They speak in short phrases most of the times that can make sense but these are produced with great effort. Grammatical coherence may miss as they often omit small words such as 'is' 'and' and 'the.' For instance, a victim of non fluent aphasia may simply say 'walk dog' and not 'I will not take the dog for a walk.' For 'there are two books on the table,' she may say 'book book two table.' Patients of Broca's aphasia understand the speech of others fairly well. Hence, unlike fluent aphasia victims, non fluent aphasia victims become easily frustrated understanding their limitations.

Global aphasia which is yet another type of non fluent aphasia results from damage to extensive portions of the language areas of the brain. These individuals suffer severe communication difficulties and express an extremely limited ability to speak or comprehend language.

Pure aphasia is selective impairment in reading, writing or in recognizing words. For instance, a person may be able to read but not write or write but not read.

While primary aphasia is caused by problems with language processing mechanisms, secondary aphasia can result in memory loss and attention disorders. Acquired childhood aphasia - ACA is clearly language impairment, a result of some sort of brain damage. It could be due to head trauma, tumors and cerebrovascular accident or seizure disorders. While ACA is normally preceded by a normal language development, age of onset is usually defined as from infancy.

ACA is different from developmental aphasia in that there is no apparent neurological basis for language deficit in the latter. ACA is a primary failure in language acquisition but it occurs in very few children. There is a marked use of expressive language is such special children with ACA. These children can just stop talking for period of weeks of months or even years, and when they try to start talking again, they need a lot of encouragement. The problems with language comprehension does not last this long.

This results in loss of specific information to the patient. He can no longer connect a word meaning to the word. However, objects can be correctly named and there is little or no disturbance in articulation of words. While individual words are understood, broader meaning of what is heard cannot be gasped.

There are instances when a patient can completely recover from aphasia without treatment. This is especially true in case of 'transient ischemic attack' when the blood flow to the brain is only temporarily interrupted and is quickly restored after a stroke. Language abilities are restored within few hours or days.

However, in most cases, language recovery is not so quick or complete in aphasia. There could be painful and partial spontaneous recovery in which the language abilities return a few days to a month after the brain injury. But some amount of aphasia typically remains. Speech therapy is often helpful in such instances. Recovery continues to over a two year period.

Health professionals opine that by far the most effective treatment for aphasia begins early in the recovery process. Certain essential factors that contribute and influence improvement in the patient include the cause of the brain damage, the area of the brain what was damaged, extent of brain injury, age and health of the individual. Motivation, handedness and level of education are additional factors that contribute to patient recovery.

Individual therapies focus on specific needs of the victim while group therapies offer the opportunity to use new methods of communication.

In most major cities in the US, there are stroke clubs and regional support groups formed by people who had suffered stroke. These clubs and groups afford opportunity for patients with aphasia to try new communication skills. They also help persons and his/her family to adjust to the changing unpredictable phases in the life of a person affected by stroke and aphasia.

Family involvement is often crucial in the treatment of aphasia. Family members should lend a helping hand by learning the best way to communicate with their loved ones. Most doctors encourage family members to:

Nowadays there are other treatment approaches that involve use of computers to improve language abilities of people with aphasia. Computer assisted therapies can help people with aphasia relieve certain parts of speech. Computers also help people with problems in perceiving the different phonemes or the sound forms from which words are formed by providing auditory discrimination exercises.

Research studies are on to underlie how injury to a particular part of the brain impairs a person's ability to convey and understand language. These results could certainly provide a useful solution to treat various types of aphasia.