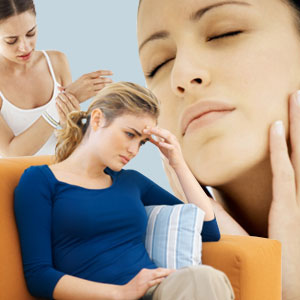 Also known as RSD, Reflex sympathetic dystrophy is a condition of severe pain, inflexibility, inflammation and discoloration of the hand. A disorder in the sympathetic (unconscious) nervous system leads to this condition. The sympathetic nervous system is associated with regulating of involuntary functions such as raised blood pressure, constricting blood vessels and increasing heart rate. This condition is also referred to as complex regional pain syndrome. Women are more likely to be affected by RSD than men.

The precise reasons for reflex sympathetic dystrophy are not clearly known though listed below are the common ones:

Reflex sympathetic dystrophy is diagnosed when there is pain, swelling or change in color or increase or decrease of blood flow in the particular affected area. Skin changes and stiffness in joints are also possible indicators of reflex sympathetic dystrophy. Bone scan can reveal any increased circulation to the joints in the affected region. X-rays of affected region can show loss of minerals in the bones. Certain tests such as Thermography measure skin temperature and blood flow to affected parts as well as unaffected parts.

This disorder can be treated with medication, physical therapy and sometimes surgery. A combination of these is resorted to depending on the severity of the condition as a treatment procedure. Medications to treat bone-loss and pain may be prescribed. Hot and cold fomentation may give relief. Stimulation of the spinal cord and nerve endings by electrical current is done to relieve pain.

As the exact cause for reflex sympathetic dystrophy is not known, there is no particular method to avoid this condition. Reflex sympathetic dystrophy has to be treated at the early stage of onset itself else it could lead to severe stiffness of the affected area and might cause permanent damage. There are chances of the affected part getting set in a particular position itself due to tightening of the muscles.