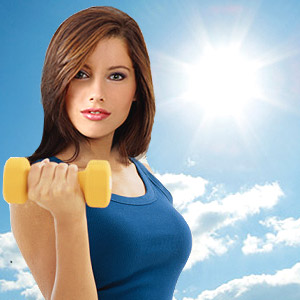 Heat strokes are life threatening. Be aware of the symptoms as the situation needs immediate hospitalization and treatment. Of course prevention is better than cure. So follow safety measures.

Heat stroke, hyperthermia as medical fraternity calls it, is defined as a condition where in, the body temperature is exceptionally elevated, combined with physical and neurological symptoms. Heat stroke is considered a medical emergency, a potentially dangerous situation, requiring immediate action. Infants, old people and athletes are more prone to heat strokes. There are other types of hyperthermia or heat-related illness such as heat cramps and heat exhaustion, but they are less serious and can be treated through self-care measures.

Heat exhaustion manifests in symptoms such as headache, nausea, muscle cramps, dizziness and extreme fatigue. Left untreated, it can lead to a heat stroke that is more serious.


How can heat stroke be prevented?

Several precautionary measures can be taken to avoid fatal heat strokes. Few of them are listed below.