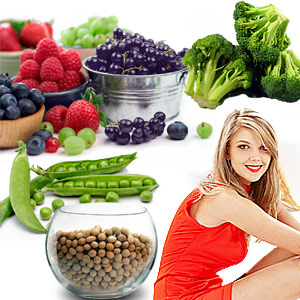 Dr. Gonzalez believed that the toxins from the environment and food that we consume are the likely causes of cancer in the human body. The Gonzalez regimen is a combination of the work of Dr. Kelly and Dr. Gerson, who believed in treating cancer with diet and nutritional supplements.

Gonzalez regimen is a schedule developed for cancer patients by Dr. Nicholas Gonzalez. This treatment involves dietary factors including enzymes, vitamins and minerals. Dr. Nicholas Gonzalez worked very closely with Dr. William Kelly, a dentist who improved on the idea of Dr. James Beard, a Scottish physician. Dr. James Beard had suggested that pancreatic enzymes could be used to treat cancer effectively. This study was promoted as a treatment for pancreatic cancer on the premise that when the toxins were destroyed and removed from the body, the cancer would stop growing.

The Gonzalez regimen is a combination of the work of Dr. Kelly and Dr. Gerson, who believed in treating cancer with diet and nutritional supplements. The regimen works on the principle that the pancreatic enzymes help the body to get rid of toxins thereby keeping cancer at bay.


It is no secret that most cancers are the results of carcinogens or factors external/internal. Many believe that the progress of cancer can be arrested or at least curtailed to some extent by the intake of certain food combination. Dr.Jonny Bowden strongly advocates the use of Adaptogen - substances that help your body to adapt to physiological stressors so that you can put up much effective fight against a host of diseases. He cites Dr.Lester Packer, the author of 'The antioxidant Miracle' for using Alpha lipoic Acid (ALA) as one of the most powerful antioxidants known to man.

Dr. Gonzalez believed that the toxins from the environment and food that we consume are the likely causes of cancer in the human body. These toxins, as believed by Dr. Gonzalez build up in the tissues thus slowing down the normal function of various vital body parts. Therefore he believed that removing such toxins would discourage cancerous growth thus fighting cancer and eradicating cancer from the body.

The pancreatic enzyme is consumed orally in the form of a capsule. 130-160 doses of nutritional supplements are consumed per day by the patient.

Diet: Processed foods, milk, white sugar and rice and food concentrates must be eliminated from the diet. Instead, plenty of raw vegetables, juices, salads and whole grains were to be added into the daily diet.

Detoxification: Detoxification is considered essential to rid the toxins from the tumor tissues. Laxatives with Epsom salts and lemon juice are administered. Coffee enemas are administered to promote cell breakdown and thereby release of abnormal molecules of tumor waste.

The diet in the Gonzalez regimen is planned based on the metabolic activity of each patient. The metabolic type of the person is determined by the food types that his/her body requires to stay healthy. Food types are categorized into three types; protein, carbs or mixed. The patient’s metabolic type is determined through numerous tests; including microscopic analysis of hair. According to the Gonzalez regimen it is believed that the patient can remain healthy and fight cancer if he/she consumes food based on the metabolic type of the body.

How Gonzalez regimen works on cancer?

Reported side effects from the regimen

Reported side effects from the Gonzalez regimen include:

Top of the Page: Gonzalez Regimen for Cancer
Popularity Index: 100,836