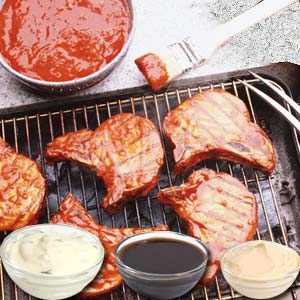 Look up some popular sauces that are used while barbecuing meat or as accompaniments or dips. A tangy and spicy sauce can enliven your steak or fried seafood.

Sudoku is an internationally popular Japanese puzzle rated by media as 'the Rubik`s cube of the 21st century'. In fact, it is the fastest growing puzzle in the world, where one is pitted against the self and also can challenge others in the solving time. Although a deceptively simple game of logic, Sudoku puzzles are not about arithmetic. Sudoku is easy to learn, but any player could do with some Sudoku tips.

Sudoku, in Japanese means 'the number must be single' or 'the numbers must occur only once'. The modern Sudoku puzzle invented by Howard Garns the American architect in 1979, became popular in Japan in 1986 by Nikoli under the name Sudoku.

Sudoku has an interesting lineage and the earlier version of this puzzle in fact was inspired by the Latin squares, which was devised by the great mathematician Euler.Sudoku can be described as a logical placement puzzle. It tests the reasoning power of the player along with patience. This puzzle game consists of a 9 x 9 grid further divided into 3x3 sub grids called regions.

The goal of Sudoku is simple. The player needs to fill the entire grid of 9 x 9 comprising of columns and rows of the nine 3x 3 boxes with digits (numerals) from 1 to 9 using only ONE time in each of the directions or scopes'. A partially completed grid is as such provided by the puzzle setter. These cells that already contain numerals are known as 'givens'. Sometimes, a Sudoku game might contain letters and shapes, colors and symbols instead of numbers.

Sudoku is not for a math wizard alone; anyone can play Sudoku with equal ease, with some knowledge of the Sudoku strategy. The general strategy of solving the Sudoku puzzle comprises of a combination of three processes. They are scanning, marking up and analyzing.

Scans are performed at the onset on the game and in between analysis periods. There are two techniques in scanning: Cross hatching - which scans by rows and columns to identify which region contain a certain numeral by process of elimination. Counting - in regions, rows and columns to identify missing numerals. Counting based upon the last numeral discovered speeds up the search process.

Advanced players of Sudoku look for contingencies while scanning; this means narrowing a numeral`s location within a row, column or region to two or three cells. Elimination process can be used during cross hatching and counting when cells lie within the same row. There are particularly challenging puzzles which require multiple contingencies to be recognized in multiple directions.

Engaging in logical analysis is essential in Sudoku puzzle solving. Marking candidate numerals in blank cells is a useful guide. There are two commonly used notations - subscripts and dots. In subscript notations, candidate numerals are written in subscript in the cells. But the disadvantage here is that the original puzzles printed in newspapers are often too small to accommodate more than a few digits in normal hand.

A sharper pencil point with a handy eraser is recommended. An alternative technique of marking up numerals that a cell cannot be is also widely used. A cell will start empty and as more constraints become known, it will slowly fill.

This consists of two main approaches namely 'candidate elimination' and 'what-if'. In the first approach, progress is made by successively eliminating candidate numerals from one or more cells to leave just one choice. In the second approach, a cell with only two candidate numerals is selected and a guess in made. This is often frowned on by logical purists as trial and error. But it can help arrive at solutions rapidly.

Many opine that the simplicity behind Sudoku rules is the prime reason for its popularity. Sudoku rules state that:

Sudoku puzzle is an excellent way for kids to develop their logic skills. Kids Sudoku puzzles always use bright colors and fun graphics. A 4 x 4 grid or a 6 x 6 grid is used for improvers. Every 2 x 2 block must be filled with numbers from 1 to 4 or in case of color; every block filled with the same color should only contain each of these numbers once. Some puzzles include a secret hidden code word for children to discover. Sudoku is a matter of practice and kids can improvise their skills by regular play.

The Internet is replete with sites containing Sudoku puzzles which can be downloaded absolutely free. These online puzzles come in printable versions as well to enable one solve it patiently. Online Sudoku puzzles are supported by an online puzzle solver with hints as well. There is no need for any special software to be installed to download Sudoku online. These online Sudoku puzzles are popular not only because they come free, but due to high quality and refreshing graphical style and ease of use. In addition, there are several newspapers which carry Sudoku puzzles featuring them on daily or weekly basis.

Although of recent origin, the Sudoku puzzle has definitely taken the whole world by storm. A major newspaper in Britain 'The Telegraph' which started publishing Sudoku puzzles from February, has received over 60,000 emails from readers. Get hooked to Sudoku to enjoy hours of unabated fun.