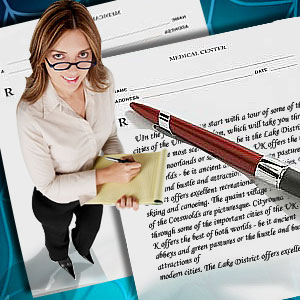 The term 'Calligraphy' is derived from the Greek word 'Kallos' meaning beauty and 'graphe' meaning writing. Calligraphy is a fine art of skilled penmanship, elegant writing at its best. It was calligraphy that was used to write books and manuscripts on parchment and vellum years before the Gutenberg printing press was invented. In present times Calligraphy is hobby for some and a lucrative business for others.

The relevance of calligraphy lies in the human need for expression through symbols, mark making, designing, drawing, painting, crafting and such others. As an art form, calligraphy has been studied for over three thousand years. Although characters are historically disciplined, fluidity and spontaneity of letters are improvised at the moment of writing. The expressive brush strokes reveal the creative freedom of the calligraphy artist.

Knowledge of calligraphy throws light on Japanese, Chinese and Islamic cultures. Calligraphy is the right combination of skill and imagination of the artist who attempts to bring individualistic styles to the letters. While calligraphic work can be completed very soon, do not underestimate the skills and concentration involved. Calligraphy characters are written only once and there is no room for altering, touching up or additions afterwards.

Arabic calligraphy continues to thrive as a form of art even today among the Arab and Muslim world. This ancient and expressive art form has become more popular with the advent of electronic greeting cards and computer clip art. Arabic calligraphy has eighteen distinct letter shapes which vary slightly from one another depending on whether they are connected to another letter before or after them. Significantly there are no capital letters in the Arabic language.

Indeed calligraphy got its roots from the Arabic language which is a part of the Semitic branch of Afro-Asiatic languages. The Arabic letters are distinguished from one another mainly by use of dots and their location. Arabic Calligraphy has developed into styles much more complex than its original form. Those who practice Islamic calligraphy undergo years of training before becoming adept professionals. Islamic calligraphy can be seen on the walls of the Taj Mahal where many passages of the Quran are inscribed.

Unlike Roman calligraphy, the strokes of Japanese characters are drawn in correct order and not arbitrarily. In Japanese calligraphy there are two faster styles of writing and everything is written in just a few strokes. The two styles are called semi cursive 'Gyosho' and cursive 'Sosho' styles.

It is important to keep the calligraphic pen clean. Although commercial reservoir pens can be stored with the cap on without drying out, they also need cleaning from time to time. Dip pens should also be cleaned after each use. The best and easy way to clean Calligraphy pens is by simply rinsing them in running water, hot or warm but never boiling. To remove dried ink, add ammonia to the water which helps clean the stubborn deposits.

There are several computerized calligraphic options that allow you to reproduce the lettering styles of Western calligraphy fonts like 'Rustic, Carolingian or Blackletter' among others with absolute ease. Instead of quill and ink as used in traditional calligraphy, fonts are reproduced by the click of a mouse. Chinese and Arabic calligraphic fonts tend to use a brush instead of a pen or nib and there are tool options and functions that provide this effect too.

These Calligraphy tools and options enable certain techniques which would not be possible with the traditional ink and pen. By using the 'undo' command an artist can rectify any mistake and reproduce with the least effort. This is a distinct advantage as in traditional calligraphy if a mistake was made the entire page got ruined.

Nowadays there are several e-learning courses in calligraphy that are available over the Internet that provide an opportunity to learn the fundamental principles of the beautiful art of calligraphy writing. A calligraphic enthusiast can start from the beginning and progress through to proficient penmanship with the help and guidance from the tutor online.

Calligraphy is a timeless art that age cannot wither. The number of digital typefaces that emulate the characteristics of hand wrought letter forms shows the potential and relevance of calligraphy even today. The stress on cursive aspects and stylistic details are inspirations that every artist draws from this antique art form. Even in this digital age the humanistic touch of an expressive hand is very much sought after.