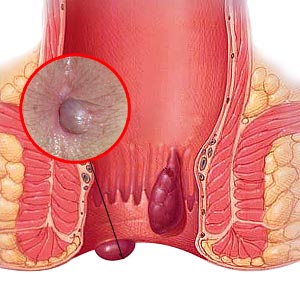 A painful condition, hemorrhoids are usually caused due to constipation and sedentary habits. Hemorrhoids during pregnancy are a common occurrence. Find out how you can deal with hemorrhoids instead of silently suffering

Hemorrhoids are common in both men and women. Almost half the population suffers from hemorrhoids when they reach 50. About 89% of Americans suffer from hemorrhoids. Hemorrhoids are very common among pregnant women. The pressure of the fetus on the abdomen and hormonal changes affect the blood vessels and force them to enlarge. These vessels experience severe pressure during childbirth thereby making hemorrhoid a common occurrence in women. In general hemorrhoids induced by pregnancy are a temporary problem in most women.

Too much pressure exerted on the veins in the pelvic and rectal area can cause hemorrhoids. Hemorrhoids can occur either inside the anus (internal) or under the skin around the anus (external). The following conditions can cause strain on the veins thus causing hemorrhoids:

Prolapsed hemorrhoids: These hemorrhoids are a type of internal hemorrhoid and they stretch down until they protrude outside the anus. This type of hemorrhoid can be painful.

Although many people have hemorrhoids, not all experience symptoms. Symptoms vary based on whether the hemorrhoid is internal or external. Common symptoms for all types of hemorrhoids include:

People experiencing bleeding from the rectum or blood in the stool should get a thorough examination done through the doctor. Correct diagnosis of hemorrhoids is very important as bleeding could also be a symptom of other digestive diseases or colorectal cancer. Diagnosis for hemorrhoids includes:

Sclerotherapy: A chemical solution is injected around the blood vessel so as to shrink the hemorrhoid.

Rubber band ligation: A rubber band is positioned inside the rectum around the bottom of the hemorrhoid. The band helps in cutting off blood circulation thereby forcing the hemorrhoid to wither away after a few days.

Laser coagulation: This is a new technique; electric current is applied to remove the hemorrhoids.

Pregnancy makes women more prone to hemorrhoids. The main reason behind hemorrhoids in pregnant women is attributed to: