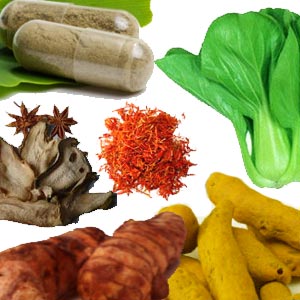 The Chinese herbal remedies attempt to restore this balance by improving the vitality and functioning of the various organs in the body. Find out more about this herbal remedy option. But take note of the fact that they are not largely approved by FDA.

In today's world, each one of us wants to be fit and disease-free to take on the challenges posed by the rigors of the world. We find that people are looking at alternatives to pharmaceutical drugs as they are increasingly becoming aware of their side effects. People all over the world, across continents and races have been using herbal and other alternative medicines for several centuries. So, it is not an entirely new thing to look at herbal medicines.

Traditional Chinese medicine is an ancient medical and healing tradition for maintaining health and prolonging life. As more and more people are turning towards herbal remedies for common ailments, the Chinese herbal remedies are gaining popularity even in the Western world. The uniqueness of Chinese herbal remedies lies in the fact that several herbs are combined into a formula to meet the specific needs of an individual.

In this holistic medicine system, it is believed that besides the balance between nature and human beings, there is also a balance within the human body, which, when upset, manifests itself as disease. The Chinese herbal remedies attempt to restore this balance by improving the vitality and functioning of the various organs in the body. In this system of medicine, the root cause underlying the symptoms, are treated rather than the symptoms.

The Chinese system of medicine is different from the Western system in that it tends to view the human body in a completely different angle. In this system, the human body is seen as capable of continually revitalizing and recovering and hence, the focus is on strengthening and promoting this ability. The symptoms are considered as the body's way of expressing the imbalance and the root causes for the diseases are addressed and the normal functioning of the organ systems are strengthened.

The Chinese herbal remedies aim at not just blocking the symptoms but preventing their recurrence. The diagnosis plays an important role in Chinese medicine as each individual may have a different requirement. According to the specific needs, the ingredients that go to make the preparation may be varied as also the dosage and duration.

There are over 500 Chinese herbs currently being used, out of which about 250 are very commonly used ingredients in several preparations. As per the requirement, anywhere from 3 to 25 herbs can go into a formula. An herbal formula can contain anywhere from 3 to 25 herbs. While one or two ingredients have the greatest direct effect on the problem at hand directly, the rest of the ingredients take care of the minor aspects associated with the main problem.

The other herbs are also useful in directing the formula to act on specific parts of the body and improving the efficiency of the ingredients of the formula. With each herb is associated one or more of the flavors and one of five energetic temperatures (cold, cool, neutral, warm or hot). On examining the patient, the practitioner determines the functional state, and prescribes an assortment of herbal ingredients in order to restore the harmony in the body.

Chinese herbal remedies can be in the form of teas, powders, tinctures, lotions, syrups, or pills. Though traditional Chinese herbs are mainly plant-based, a few of these formulas also contain mineral and animal products.

Chinese herbs are available for improvement of fertility in both men and women. An important component in several Chinese healing herbs is Sildenafil citrate. This ingredient has several beneficial aspects and healing properties. It has been a part of Chinese herbs for several thousand years, much before it was synthesized by drug manufacturers in the West in the 20th century. This ingredient deals effectively with impotence problems faced by men. Cordyceps is a formula that, besides benefiting the vascular system, also stimulates the production of sex hormones in men. This formula works as an antioxidant and sedative. For women suffering from infertility, zi si fang is a formula that is often recommended and found to be very effective.

Chinese herbal remedies are a holistic treatment and therefore consider the emotional and physical well-being to be inter-related. Each emotion is associated with a particular organ in the body. For instance, petulance and misplaced anger have an impact on the functioning of the liver and can manifest as menstrual pain, headache, redness of the face and eyes, and dizziness. For centuries, many herbs have been used as natural remedies for the prevention and/or treatment of liver diseases. Several herbs and herbal products which are believed to have liver protective functions are widely used by the herbalists.

The FDA has issued a ban on several brands of Chinese herbs as they illegally contain prescription drugs for diabetes. As Chinese herbs are mainly sold as food supplements and not as prescription drugs, these formulae were banned. Also, there were reports that Chinese herbal remedies sometimes were contaminated with toxic metals which caused serious damage to the liver and the endocrine system.

In the West, people tend to use a single herb in therapies and try to identify active ingredients and therapeutic mechanisms, whereas in Chinese medicine it is common to use mixtures of various medicinal herbs which contain a range of pharmacologically active compounds working additively/synergistically to treat patients or to reduce harmful effects of some chemical compounds.

There are differences in the perspectives of Oriental and Western systems with respect to the concept of disease and approach to treatment of the same. Though the use of these herbs for several thousand years is testimony to their efficacy in the treatment of several diseases, it is important to scientifically evaluate the Chinese herbs. In the East, where Chinese medicine co-exists with modern medicine, the herbal remedies are mostly individually prescribed by an herbal practitioner which is how it is meant to be.

In the West, where they are not prescribed by practitioners of Chinese medicine, but bought off the shelf as generalized products, their efficacy becomes less. At best, they may be used alongside conventional drugs to generally improve the immune system and the smooth functioning of the various organ systems.