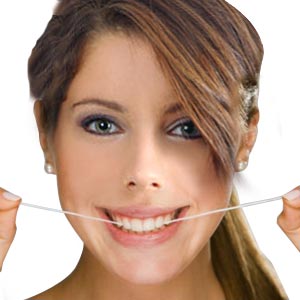 Gingivitis involves inflammation of the gums surrounding the teeth. Proper care must be taken to prevent gingivitis even at the initial stages. It is much easier to treat gingivitis when it is mild than to find a cure for gingivitis at an advanced stage.

Gingivitis involves inflammation of the gums surrounding the teeth. Due to this, the gums become soft and swollen and usually red instead of a healthy pink. The inflammation of the gums is a defense mechanism put up by the body's immune system to prevent the growth of bacteria which along with the remnant food particles and plaque form tartar. This cannot be removed by simple brushing or flossing.

The primary cause of gum disease is plaque. However, there are various other reasons why gingivitis disease develops.

There is usually no pain associated with mild form of gingivitis. Hence it may go unnoticed. However, there are certain symptoms that warn that treatment for gingivitis is needed:

Can Gingivitis be prevented?

The first step on noticing any of the symptoms would be to seek the help of a dentist or dental hygienist. The dentist would use several instruments for loosening and removing the tartar that has formed and thus ensure that the teeth are thoroughly cleaned.

The dentist would then instruct you on how to carefully brush and floss to prevent plaque from accumulating. The dentist would probably recommend professional cleaning, once or twice a year or more frequently, in more advanced cases, to treat gingivitis. In addition, the dentist could also recommend use of anti-plaque, anti-tartar toothpaste or mouthwash containing chemicals which would prevent the growth of bacteria. Besides, proper oral hygiene to prevent gingivitis would also be recommended.

If the dentist finds that misaligned teeth or improper dental appliances are causing gingivitis, he may recommend corrective procedures. This would help cure gingivitis. If the dentist finds that someone is particularly prone to formation of plaque, she may recommend use of special implements to remove plaque, such as toothpicks, electric toothbrushes etc. This treatment for gingivitis would suffice when the gingivitis disease is in the early stages.

For reducing the pocket depth between teeth and gums, which can also cause gingivitis, dentists use the procedures of root-planing and scaling. In addition dentists may also administer minocycline microspheres. However, in the case of pregnant women, minocycline microspheres can harm the fetus. Hence, in their case, this drug has to be administered only if the benefits outweigh the risks.

For women who have desquamatic gingivitis, hormone replacement therapy could be beneficial. However, adverse effects of the therapy could prevent their recommendation. Instead, corticosteroid rinses and pastes which can be directly applied on gums may be more commonly recommended.

Pericoronitis is acute, painful inflammation of the gingival tissue over a partly erupted tooth (as in the case of a wisdom tooth). The treatment for this would include removal of the debris beneath the gingival flap and irrigation with saline. This may be followed up with extraction, particularly when there is recurrence of the episode.

To treat gingivitis as in the case of Trench mouth, gentle debridement sometimes lasting over a period of several days, mouth rinses and enhanced oral hygiene are essential. To relieve the pain, when debridement cannot be done immediately, antibiotics may be recommended.

Proper care must be taken to prevent gingivitis even at the initial stages. It is much easier to treat gingivitis when it is mild than to find a cure for gingivitis at an advanced stage. Gingivitis disease, when neglected, could lead to more acute periodontal conditions which may even result in tooth loss.

When the gingivitis disease is a secondary development of any of the systemic disorders (such as diabetes or HIV or cancer) the underlying cause needs to be attended to as well.

Top of the Page: Treatment for Gingivitis
Popularity Index: 100,066