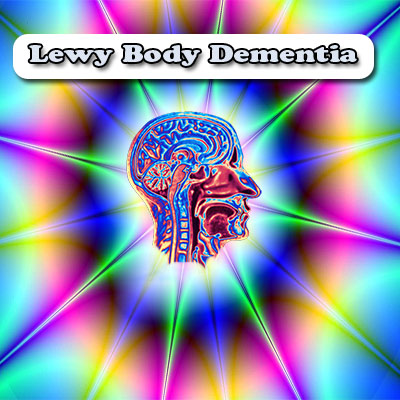 Lewy body dementia or dementia with Lewy bodies is the second most common type of progressive dementia after Alzheimers disease accounting for up to 20 percent of dementia cases worldwide.

Lewy body dementia affects an estimated 1.4 million persons and their families in the US. And, it bears close resemblance to other commonly known diseases such as Alzheimer's and Parkinson's. Lewy body dementia or dementia with Lewy bodies is the second most common type of progressive dementia after Alzheimer's disease accounting for up to 20 percent of dementia cases worldwide.

While researching for Parkinson's disease, a German doctor, Friederich H Lewy discovered abnormal protein deposits that disrupt the brain's normal functioning. He found that these proteins that are found in the brain stem deplete the neurotransmitter dopamine causing Parkinsonian symptoms.

In LBD, abnormal proteins are seen to diffuse throughout the areas of the brain including the cerebral cortex. As the brain chemical acetylcholine is depleted, there is disruption of perception, thinking and behavior.

Lewy body dementia exists either in pure form, or in conjunction with other brain changes, including those typically seen in Alzheimer's disease and Parkinson's disease.

Though Lewy body dementia (LBD) is an umbrella for Alzheimer's and Parkinson's, earliest symptoms for these two differ although the underlying biological changes in the brain remain the same. Over a period of time, patients with both diagnoses develop similar cognitive, physical, sleep as well as behavioral symptoms.

Early diagnosis is vital for early treatment, which may help extend quality of life and independence from LBD.

People with Lewy body dementia may experience visual hallucinations and changes in alertness and attention. Other effects include Parkinson's disease-like symptoms such as rigid muscles, slow movement and tremors.

Visual hallucinations are one of the first symptoms which often recur. Seeing shapes, animals or people that are not there, sound, smell or touch hallucinations are also possible. Slowed movement, rigid muscles, tremor, or a shuffling walk may occur.

Blood pressure, pulse, sweating and the digestive process are regulated by a part of the nervous system often affected by Lewy body dementia. Dizzy spells and bowel issues such as constipation are also noticed. Confusion, lack of attention, visual-spatial problems and memory loss which are symptoms similar to Alzheimer's disease are signs of LBD.

Sleep behavior disorder, which can cause a person to act out dreams while asleep and rapid eye movement sleep behavior disorder are often noticed. Drowsiness, long periods of staring into space, prolonged naps during the day and disorganized speech are some other symptoms. Depression and loss of motivations are observed.

LBD is caused by abnormal buildup of proteins into masses known as Lewy bodies. This protein is associated with Parkinson's disease and those with Lewy bodies in their brains have plaques and tangles which are signs of Alzheimer's disease. Risk factors such as medical choices and lifestyle choices are known to increase a person's chances of LBD. Few families seem to inherit genetic mutations, though rare.

There is no single test that can diagnose Lewy body dementia. Instead, doctors diagnose LBD by ruling out other conditions that may cause similar signs and symptoms.

A doctor could conduct a short test for 10 minute duration to test memory, thinking skills, which can indicate dementia. Longer tests to identify LBD can take several hours. Blood tests can rule out physical problems that can affect brain function, B-12 deficiency or an underactive thyroid gland. Brain scans such as MRI, PET and CT may be used to identify a stroke or bleeding and to rule out the possibility of tumor. A sleep evaluation check for possible sleep behavior disorder and an automatic function test to look for signs of heart rate and blood pressure instability may be prescribed.

Lewy body dementia signs and symptoms can worsen over time and can lead to depression, severe dementia, aggressive behavior, worsening of Parkinsonian symptoms, increased risk of falling and injury besides death on an average of eight years after symptoms have begun.

Being male, older than sixty years of age and having a family member with LBD or Parkinson's are some of the risk factors that have been identified for developing Lewy body dementia.

There are few approved treatments for LBD. With drugs it is often problematic as different people respond differently to it. Often medication given for hallucinations can worsen movement. Drugs also have a negative effect on mental abilities. Hence, managing the symptoms without using drugs is imperative.

Some drugs which are routinely prescribed for Alzheimer's can improve a person's mental abilities as well as the ability to perform day-to-day tasks. However, many other drugs are not currently licensed for use in LBD and hence many doctors are reluctant to prescribe them.

In case of hallucinations and delusions, it is better to try and convince them that they are not seeing anything and what they believe is untrue. Reassurance and support and trying to distract them can help.

Those with LBD should have their glasses and hearing aids checked properly as any problems in these can worsen matters. Misconceptions can be triggered by excess noise and reflective or patterned surfaces. In case hallucinations lead to physical harm, then drug treatments can be offered, though many of them have severe reactions such as moving with difficulty, becoming more confused, and inability to perform tasks or communicate and can cause death.

Music therapy, physical exercise and hand massage can also help. If behavior challenge is acute, then drug treatments may be offered and drugs for Alzheimer's are also tried in the initial stages. If this fails, anti psychotics are finally offered.

Those suffering LBD often have restless sleep. Increasing physical exercise, regular bedtime and getting up on time and reducing daytime napping can help. If the bedroom is as quiet and comfortable as possible and alcohol, coffee and nicotine are not taken especially at bedtime, it can help. Removing sharp objects and putting a mattress alongside the bed in case the person falls or jumps out are some of the practical steps to be taken.

An occupational therapist or a physiotherapist can help those with movement problems so that these patients can move and stay independent. If the patients falls or is worried about falling, they may be referred to a falls prevention service. Strength balance exercises and medication review can help make the home safer. A language therapist can help if the person develops problems with speaking or swallowing.

Treatment can be challenging, as this is a multi system disease and requires comprehensive treatment. A team of physicians from different specialties collaborate to provide optimum treatment for each symptom without worsening other LBD symptoms.

There are no therapies or behavioral changes identified at present that can prevent LBD. However, some strategies can help stave off memory problems in general. Eating a healthy balanced diet, exercising regularly, and social interaction, stimulating memory and reading and playing an instrument are some ways of keeping LBD at bay. Reducing stress, getting enough sleep can be beneficial.

Some tips for those living with LBD

It is better to adopt a proactive approach right away and reach out to family and friends for support to make lifestyle changes that can help manage the disease. Some tips on LBD management include: