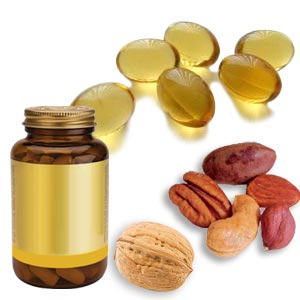 Selenium is a trace material that is essential in several metabolic pathways. Considerable research and studies are underway on the need and benefits of selenium supplements.

Considerable research and studies are underway on the need and benefits of selenium supplements. The subject of recent study and debate is the role of selenium in cancer prevention.

Selenium is a trace material that is essential in several metabolic pathways. It is found in soil, water and some foods. The mineral is incorporated into proteins to make selenoproteins, an important antioxidant enzyme. This antioxidant helps prevent cellular damage from free radicals, a by-product of oxygen metabolism that contributes to the development of chronic diseases like cancer and heart disease. Apart from playing an important role in the immune system, selenoproteins also help regulate the thyroid function.

The major causes for selenium deficiencies include gastrointestinal disorders and processed or refined foods. Selenium deficiency is also seen in patients on total parenteral nutrition (TPN) as their source of nutrition.

Selenium supplements are useful to human race in a variety of ways. Few of them are tested and proved with scientific evidence while others uses are unclear for which the scientific studies still underway.

As Antioxidan: Selenium is a key trace element that has antioxidant properties in humans.

Prevention of Prostate Cancer: A study conducted by Nutritional Prevention of Cancer (NPC) suggests that selenium supplementation reduces the risk of prostate cancer among men with PSA (prostate specific antigen) levels and low selenium blood levels. However, the study indicates that selenium did not reduce the risk of lung, colorectal, or basal cell carcinoma of the skin, rather increased the risk of squamous cell skin carcinoma.

Asthma: Few studies report that selenium supplements may help asthma symptoms. However, there is no clear scientific evidence on the same.

Cancer Treatment: Physicians opine that people with cancer have low levels of selenium. However, the reason for this deficiency is still a mystery. Studies are underway to determine the effect of selenium on both cancer prevention and cancer treatment.

Cardiovascular Disease Prevention Research is underway to study the antioxidant property of selenium, which should help in the prevention of heart disease and other cardiovascular conditions.

Chemotherapy: A strong contradiction exists between selenium and chemotherapy. Because there are mixed opinions on the use of selenium supplements in patients undergoing chemotherapy for cancer.

Side effects of high selenium levels

People with high levels of selenium are at the increased risk of developing selenosis. Selenosis may lead to