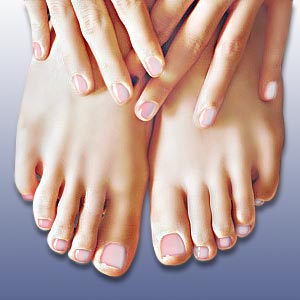 Described as a chronic autoimmune disease, rheumatoid arthritis causes inflammation of the joints and tissues of the body. Find out ways to alleviate the pain associated with this condition.

Described as a chronic auto immune disease, rheumatoid arthritis causes inflammation of the joints and tissues of the body. It may cause pain, swelling, stiffness and loss of function in your joints.

Though rheumatoid arthritis affects other tissues, the principal target is synovial membrane (synovium) that secrets synovial fluid to the joints. The fluid, also termed as joint fluid, lubricates and nourishes the joint. When the membrane is affected or destroyed, it becomes inflamed and can thicken and erode. As a result, the synovial fluid is also destroyed and is not secreted in the joints. In certain cases, the structures surrounding the joints also get affected thus leading to joint deformities.

Rheumatoid arthritis is generally characterized by pain in one or many joints of the body. For instance, one can feel the pain as well as swelling both wrists. Hand joints like knuckle joints, and wrists, elbows, knees, ankles, feet and larger joints like shoulders, hips, and jaw are often affected by rheumatoid arthritis. People who suffer from the condition for many years might feel stiffness in the vertebrae of the neck.

Other than joint symptoms, the normal symptoms associated with rheumatoid arthritis include the following

Medical History : The doctor checks whether you have history of joint aches, or joint stiffness. This might be done through a Health Assessment Questionnaire (HAQ) and the Arthritis Impact Measurement Scales (AIMS).

Physical Exam : The physician might perform physical examination like checking the joints for swelling or tenderness, motion of the joints, and mal alignment of the joints. He/She might also check for symptoms in other organs like skin, lungs, and eyes.

There is no cure for rheumatoid arthritis. However, the symptoms or the pain could be alleviated through several methods including medications and exercises. It is ideal to meet a doctor soon as you develop any of the above said symptoms.

Diet is found to be an effective treatment for rheumatoid arthritis. Your physician might advise you to partake of foods consisting of omega-3 fatty acids. Being overweight marks the entry point for any condition; rheumatoid arthritis being exception. Your doctor might prescribe you to lose weight, so that the pains and stiffness in the joints could be decreased. The other treatment includes exercise and rest. Regular cardiovascular exercise like swimming bicycling, stretching can alleviate your joint pains.

Occupational therapy and physical therapy are also found to be somewhat effective in treating rheumatoid arthritis. Occupational therapies include exercises to the commonly affected areas like wrists, fingers, and joints. This might include education of body biomechanics, use of splints like hand splints and wrist splints. Your physician might sketch out a structured program upon the diagnosis of your symptoms.

The best way to alleviate pains or swelling in the joints would be to use ice, heat, massage, ultrasound, warm wax and electric stimulation around the affected areas. However, consult your physician before performing the same.

Oral medications like non-steroidal anti-inflammatory drugs (NSAIDs) such as aspirin, ibuprofen, naproxen, and etodolac are commonly prescribed for treating rheumatoid arthritis. These medications are at times combined with sucralfate and misoprostol or proton pump inhibitors like omeprazole or pantoprazole, since NSAIDs might cause some stomach problems. Steroids either in oral form or injection are also recommended for the treatment of rheumatoid arthritis.

DMARDS or disease-modifying anti-rheumatic drugs including hydroxycholoquine, sulfasalzine, methotrexate, D-penicillamine, gold salts, azathioprine, and cyclophosphamide are used as the second-line medications in treating rheumatoid arthritis. These are generally taken for months or years. Other medications prescribed for treating the condition include Methotrexate, D-penicillamine, and Anti-TNF alpha factor medications. Cortisone injections are also prescribed in treating symptomatic joints.

Surgery is the last option for rheumatoid arthritis and it is very rarely performed. The surgical options include either a total hip replacement, or total knee replacement, if the hip or knee is affected.