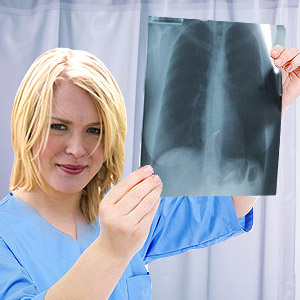 Interstitial lung disease or ILD refers to a wide group of lung diseases affecting the tissue that surrounds and separates the alveoli of the lungs. While there is no cure, treatment can alleviate the pain and discomfort to the patient.

Interstitial lung disease or ILD refers to a wide group of lung diseases affecting the interstitium (tissue that surrounds and separates the tiny air sacs/alveoale of the lungs). It is also known as diffuse parenchymal lung disease(DPLD).

The inflammation can occur as:

All the disorders grouped under ILD can cause inflammation and progressive scarring of the lung tissue. Breathing gets difficult and eventually affects oxygen flow to the bloodstream. This disease can put a person at risk of developing high blood pressure and serious heart problems. In simple terms ILD is a disease of the lung and affects it in three ways:

Each of these disorders has different causes, prognoses and treatment but they are clubbed together under ILD as they have similar clinical symptoms, and physiologic traits. ILD or interstitial lung disease develops gradually, but in few cases it does show up all of a sudden. Few cases of ILD have definite causes whereas a few do not. Lung scarring is generally irreversible.

There is no cure for interstitial lung disease. Prescription medications can by and large slow down the damage. People with ILD never get to use their lungs completely. This disease affects men more than it does women and typically develops in people over age 50.

Most of the interstitial lung diseases are diagnosed as pneumoconiosis (drug-induced disease) or hypersensitivity pneumonitis. The other types commonly reported are:


Breathlessness worsens with the progression of the disease. People complain of breathlessness while indulging in simple activities like talking over phone, eating, and dressing up, etc.

Other symptoms of Interstitial lung disease

Connective tissue disease and other disorders: These conditions do not affect the lung directly but affect the tissues in the entire body. Conditions include rheumatoid arthritis, lupus, dermatomyositis, Sjogren's syndrome, etc. Few researchers point out that GERD (gastro esophageal reflux disease) could also contribute to the condition.

If the cause is not determined, then such disorders without clearly known cause are grouped under idiopathic pulmonary fibrosis or idiopathic interstitial lung disease.

Who are at risk for Interstitial lung disease?

Identifying the cause can be difficult as ILD includes a broad range of disorders. The physician begins diagnosis by conducting a detailed investigation of the patient.

Interstitial lung disease cannot be cured, but treatment can provide ease to the patient. Treatment for ILD will vary from person to person based on the following factors:

Treatment offered will include one or more of the listed below options: