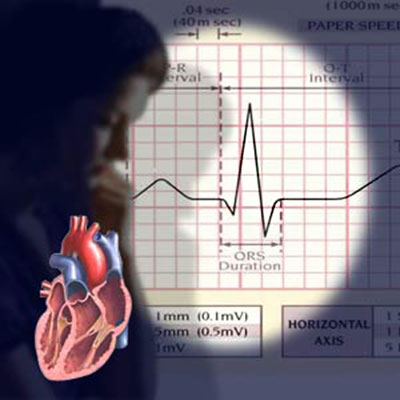 Although the older a woman gets, the more her chances of heart health risk, it is advised that women of all ages concern themselves with heart disease. It is vital to take active preventive steps by practicing healthy lifestyle habits.

Experts reveal that cardiovascular disease is the number one killer of women in the US. It is also a leading cause for disability in women. According to a report published by Centers for Disease Control and Prevention (CDC) heart disease is the leading cause of death for African American and White women in the US (2010). An earlier report says that one woman out of every four women over 65 years of age died of heart attack which is nearly 60% more than from all cancers combined.

Women of all ages should be generally concerned about heart health although the older they get the more the risk. In heart diseases as with others, prevention is always better than cure as two thirds of women who have suffered a heart attack fail to make full recovery. Very ideally, treatment for heart attack should start within one hour of its symptom. Learn to identify women's heart attack symptoms and its warning signs. It is time for women to take their heart health into their hands.

Heart disease can be described as an abnormal condition affecting the heart and blood vessels in the heart. It could be coronary artery disease, heart failure or heart arrhythmia.

Coronary artery disease (CAD) is the most common type of heart ailment causing heart attack. The arteries become thick and narrow during CAD and it becomes harder for the blood to get into the heart thereby causing chest pain or Angina and eventually heart attack. Heart failure results when the heart is unable to pump blood through the body as it should. The result is shortness of breath, swelling in feet, ankles and legs and extreme tiredness. These visible symptoms are suggestive of heart failure. Heart arrhythmias refer to the changes in the heart beat which may result in dizziness, fatigue and breathlessness and chest pains at times.

Women develop heart problems about seven to eight years later than men. But by age 65 women run the same risk with heart problems like men. Significantly, women who have heart attack die from them in contrast to men. Women of color from African American and Hispanic American and Latino women need to worry more about heart health. This is chiefly because, colored women tend to be more obese, lack physical activity and run the risk of high blood pressure and diabetes. Certain non controllable risk factors are:

Obesity and sedentary lifestyle are two common risk factors posed in menopausal women. Regular exercise is essential to combat inactivity and obesity which is a strong risk factor for heart disease.

Smoking: This is the cause for heart attack in women under age 45. The combination of smoking with birth control pills increases the risk 20-fold.

Hypertension or high blood pressure is rated as a cardinal cause for many a heart disease.

Cholesterol: Too much of Low density cholesterol (LDL) in the blood can cause blood clots in the walls of the arteries and cause heart attack. It is advised that women in general above the age of 20 should have a cholesterol and triglyceride check at least once every three years. Total cholesterol level should ideally read less than 200 mg/dL.

Diabetes: The risk of heart disease in women with diabetes is estimated to be 6-fold. Diabetes is a disease of sugar metabolism and it greatly increases cardiovascular risk in women.

Metabolic syndrome: This is common in post menopausal women and it can be diagnosed by the presence of following features namely central obesity with waist size greater than 35 inches, Triglyceride levels greater than 150 mg/dL, HDL cholesterol less than 50 mg/dL, Blood glucose in the fasting level 110 mg/dL or more and hypertension greater or equal to 140 / 85. Exercise, diet and weight loss becomes imperative for women to control such metabolic issues.

Increased C Reactive Protein: This is relatively a recent factor that seems to be more related to women than men. Increased CRP levels indicate active inflammation in the blood vessel which may lead to rupture of coronary artery plaques.

Complicated pregnancy like hypertension, diabetes and low birth weight may increase the risk of early cardiovascular disease and death in women.

New studies reveal that hypothyroidism or low thyroid which is a common problem in women may be a risk factor in heart disease.

Heart attack can happen quite suddenly and also slowly over hours, days or even weeks prior to the attack. Although heart disease has no symptoms as such, there could be some signs to look out for. In both women and men normally chest or arm pain or discomfort is indicative of heart disease. The pain can be acute or mild and it may last for more than few minutes and come back intermittently. It could be even a warning signal for a potential heart attack.

When women experience angina which is chest pain due to coronary artery disorder, they report a hot burning sensation, tenderness of touch in the back, shoulders, arm or jaw but no chest discomfort at all. In the US, in nearly two thirds of the deaths from heart attacks in women, there is no history of chest pain at all.

In addition, shortness of breath, dizziness, nausea and abnormal heart beats, fatigue and a feeling of tiredness are all signs of heart diseases. It is advised to seek medical attention when such symptoms continue.

Women experiencing myocardial infarctions or heart attacks tend to behave differently from men. They exhibit vomiting, indigestion, shortness of breath and fatigue but no chest pain. Women undergo silent myocardial infarctions (MI) than men and MIs without acute symptoms are diagnosed only later when subsequent cardiac symptoms occur. It is estimated that in the US presently 8 million women are living with heart disease and 4 million suffer from angina.

Common signs of heart attack in women and men include:

In addition, women exhibit other common signs of heart attack which cardiologist term as 'atypical' symptoms. Some of them include:

Survival after a heart attack

Women are less likely to survive heart attacks than men. Possibly, women do not seek early treatment adequately. Probably, women pose smaller hearts and blood vessels which could be more easily damaged. These facts warrant that women seek preventive treatment for heart problems even before the onset of the disease.

Experts opine that one in two women shall die of heart disease or a stroke in survival following heart attack compared to one in twenty five women who will die of breast cancer. Commonly women are neither diagnosed nor treated as aggressively as men for heart attack and other heart ailments as their symptoms vary from those of men having a heart attack.