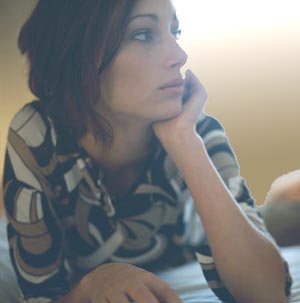 Arm yourself with information on this common infection in women - UTI. Find out how it is caused and its treatment.

Approximately 50% of all women will have at least one UTI in their lifetime though some women face several infections. Some women seem are more prone to repeated infections than others. Urinary tract infections in children are more common in those under the age of 2. Check out the commonly noticed symptoms of UTI. Find out what treatment is used for UTI in women.

Under normal circumstances, the urinary system and its structure helps ward off infection. Immune defenses also play a part. The urinary tract is the body's filtering system for removal of liquid wastes. Women are especially susceptible to bacteria, which may invade the urinary tract and multiply resulting in infection.

Women may be more susceptible to UTI because their urethral opening is near the source of bacteria. Women who are newly sexually active or have a new sexual partner may be at increased risk of contracting UTI. Causes for UTI infection in women:

The relationship between UTI and cranberry juice has been long established. Studies have shown that intake of cranberry juice reduced the occurrence of UTI by more than half. The tannins contained in cranberries interact with the hair like protrusions on E coli bacteria. This causes the bacteria to get washed away in the urine rather than adhering to the walls of the bladder. Ensure that you partake of real natural cranberry juice and not a synthetic flavoring. You can even pick up cranberry supplements from a pharmacy.

The most common symptom of UTI is strong urge to urinate that cannot be delayed. This is usually accompanied by sharp pain or burning sensation during urination. Frequent need to urinate is experienced during UTI. Bladder infection can result in symptoms such as back pain and fever. Nausea and vomiting are also sometimes noticed as symptoms of UTI. Often women feel an uncomfortable pressure above the pubic bone, and some men experience fullness in the rectum. Other symptoms of UTI are:

UTI treatment involves a course of antibiotics. The type of drug used and the duration of treatment depend on the type of bacteria. Once the symptoms disappear and all signs of the UTI are absent, a urine test is done to rule out any traces of lurking UTI. Treatment of UTI is done with amoxicillin, trimethoprim-sulfamethoxazole or fluoroquinolones.

UTI that is caused by chlamydia trachomatis and mycoplasma hominis is treated with tetracycline. Treating UTI caused by bladder outlet obstructions may necessitate surgery and hospitalization. Coffee, alcohol, and smoking should be avoided. Drinking plenty of water and fluids will aid in flushing away the bacteria from the urinary system.

Some doctors recommend Vitamin C as it will make the urine acidic and thereby hostile to bacteria. Wearing cotton panties prevents trapped moisture that can breed bacteria. The most important tip to prevent urinary tract infections, bladder infections, and kidney infections is to practice good personal hygiene.

Wash the skin around and between the rectum and vagina daily. Always wipe from front to back after a bowel movement or urination. Do not routinely resist the urge to urinate. Avoid products that may irritate the urethra such as bubble baths and scented feminine products.

Escherichia coli (E. coli) is the most common cause of UTI. These bacteria are normally present in the colon and may enter the urethral opening from the skin around the anus and genitals. When the infection is limited to the urethra, it is called urethritis. A bladder infection is called cystitis. If the UTI is not treated in time, the infection will travel up and infect the kidneys.

Other microorganisms called Chlamydia and Mycoplasmaare also known to cause UTI infection. Men and women infected with chlamydia trachomatis or mycoplasma hominis can transmit the bacteria to their partner during sexual intercourse, causing UTI. Other causes of UTI are bladder outlet obstructions or suppressed immune system. Certain blood types enable bacteria to attach more easily to cells that line the urinary tract, causing recurrent infections. 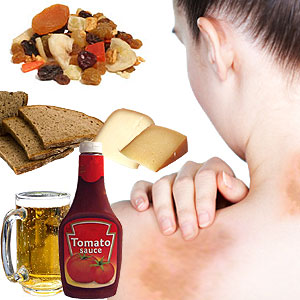