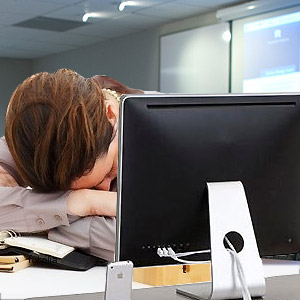 This article maps out the causes, symptoms and diagnosis of the chronic condition of narcolepsy. The procedure of treatment and other lifestyle changes to be made to attain progress have been outlined.

Narcolepsy implicates an excessive level of daytime sleepiness, even when a person has had adequate, deep sleep the previous night. This condition is characterized by bouts of sleep or drowsiness at the most inappropriate of places and times. These attacks or intense urges to sleep come without warning and may happen several times a day.

This chronic disease of the central nervous system is in complete contrast to insomnia, which is characterized by a general lack of sleep. However night sleep may be interrupted by episodes of waking. This condition not only affects the day to day functioning of an individual, but also poses a number of dangers especially in cases of extreme narcolepsy. About 1 in 2000 people suffers from narcolepsy in the United States.

Narcolepsy usually occurs during adolescence and early adulthood, and is common between the ages of 15 and 25. About 10% narcoleptics have at least one relative with similar symptoms. It occurs equally in both sexes. The causes may be varied and although a genetic component is quite possible, hormonal imbalances may also cause the disorder to appear even in other age groups.

Auto immune disorders, in which the body starts destroying its own cells in addition to fighting foreign bodies, may cause lack of hypocretin. Infections and contact with toxins may also be responsible. These may affect the levels of histamine, epinephrine, leptin, acetylcholine and monoamine oxidase which in turn cause daytime sleep.

Brain injuries due to brain tumors and strokes may also lead to this condition. Although mental illness does not lead to narcolepsy, stress and trauma may worsen the condition.

You may find yourself enveloped with a feeling of extreme tiredness throughout the day despite having had a restful sleep at night. Excessive daytime sleepiness and an urge to close your eyes for a few moments that extends into a long duration of deep sleep is one of the common symptoms.

Memory and concentration may be affected due to the irregular patterns of sleep. The individual may find himself unable to carry out day to day activities normally. Attention and performance levels are affected. Fatigue and tiredness are persistent symptoms.

Narcoleptic patients may fall asleep during cooking, playing, exercising and even during driving which presents serious dangers for these individuals.

Cataplexy is another symptom, which implies a loss of muscle tone and control, which is usually preceded by a strong emotional stimulus. It affects as many as 75% of patients with the condition and in severe cases may lead to a collapse. Although the person does not lose consciousness, they may be unable to move or talk.

Narcolepsy must be isolated from the presence of other disorders that present similar symptoms. Psychological disorders such as depression, insomnia, seizure disorders and cardiac problems must be ruled out before narcolepsy can be diagnosed.

A thorough study of your medical history and health conditions is carried out to help identify any other problems that might be causing the symptoms. Following this, a polysomnogram which consists of a set of sleep tests may be carried out to evaluate your involuntary muscle movements, eye movements, heartbeat and patterns of brain activity.

Since narcolepsy has some serious implications, it is imperative that one must seek the assistance of a healthcare professional. Since narcolepsy has been found to be of psychosomatic nature, that has both physiological as well as psychological origins, a number of approaches are combined to form the treatment regimen.

Most narcolepsy patients suffer from depression and need therapy to help them deal with deeper issues that ultimately interfere with their sleep pattern. They may be perceived as lazy or weak willed as this is a disorder that people are generally not aware of or educated about. This may lead to learned helplessness or a lowered self esteem which brings in the need for counseling.

Counseling, behavior modification and drugs may be prescribed to alleviate the symptoms and improve the condition. Treatment aims at gradually modifying sleep habits and lifestyle habits especially those pertaining to nighttime activities, thereby regularizing sleep patterns of the individual.

Food habits need to be evaluated and intake of caffeine, alcohol and other stimulants must be reduced. These patients should abstain from smoking and consuming nicotine.

Those individuals with a sedentary lifestyle must aim to increase their level of physical activity and it is recommended that they exercise regularly during the day time, so that they are tired by night and the body is prepared for a good night's sleep.

Prescription drugs and stimulants may be used in the morning or day time to help keep the person awake.