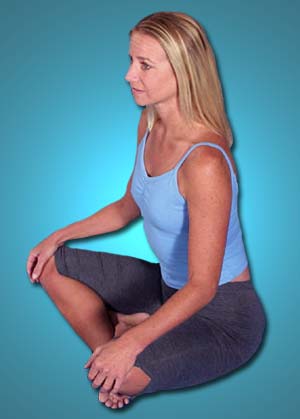 Yoga is a system of personal development that focuses on the body, mind and spirit. Breathing and meditation can ensure peace of mind and physical well-being. Yoga means 'to join together or union' and is seen as a powerful tool to bring about balance and harmony between the body and mind.

Breathing exercises or pranayama helps in revitalizing the body and mind thereby leaving you refreshed and calm. The benefits of Yoga have made it a popular health and fitness practice the world over. We examine the various benefits that accrue from yogic asanas and also understand the underlying principles of Hatha yoga, Kundalini yoga, Tantric yoga, Ashtanga yoga and Bikram Yoga.

The fundamental purpose of yoga is to foster harmony in the body, mind, and environment. Practicing Yoga has innumerable benefits:

Yoga can be instrumental in inculcating self-discipline and improving concentration and memory. It can be beneficial when practiced by young people so that they can keep their natural flexibility over the years. Teenagers can gain inner strength to help them cope with stressful and negative influences and also maintain their youthful flexibility. Older people find that gentle yoga asanas relieve problems such as poor circulation and arthritis.

It has been noticed that yoga can relieve pregnant women of problems such as backache and depression as well as provide relief during labor. Deep breathing enables complete relaxation and promotes sound sleep. It promotes inner harmony and brings about mental clarity. The stretching exercises ensure that all muscles and joints are stretched and the organs are well supplied with blood. Yoga also benefits and complements sporting activities too. It trains the practitioners to make full use of their breathing apparatus and increase lung capacity. The focus is on looking inward and feeling better.

Yoga is not a religion and does not impose any religious code of conduct. According to the Indian sage Patanjali, yoga can be separated into eight limbs, known as 'yoga sutras'. Patanjali was one of the firsts to clearly systemize yoga with his eight-fold path:

Hatha yoga is a popular form of yoga widely followed in western countries especially the United States. When we speak about Hatha yoga, we usually mean physical yoga exercises or asanas. Hatha Yoga is concentrating on the practice of postures and breath control to energize the subtle channels. Hatha Yoga is ideal for those embarking on yoga. . It prepares and conditions the body so that the mind can practice meditation more or less without obstacles.

Pranayama is essential to master ones' breathing patterns. If one can master breath, then the mastery of mind is within reach. Through pranayama airflow is regulated. A special breathing technique, in which the flow of breath through both nostrils is alternated, brings balance to the two hemispheres of the brain. Practicing Hatha Yoga opens the energy channels allowing the spiritual energy to flow freely.

Certain Asanas also massage and tons internal organs, which facilitates in the prevention, management and treatment of certain ailments such as diabetes, arthritis and hypertension. Breathing exercises can also help patients of asthma and bronchitis. Current day Hatha yoga is a modern exercise pattern, which stresses on physical body and not on mind or spirituality. It involves holding yoga postures and thereby toning the body with isometric exercise.

Kundalini energy is one's dormant spiritual energy. The Kundalini energy in its' dormant state is visualized as a snake coiled up in the first chakra at the base of the spine, the Muladhara or the basic support chakra. When an aspirant of Kundalini Yoga starts activating the Kundalini energy through various kinds of pranayamas, the entire internal system gets vitalized.

Kundalini yoga's principal goal is the stimulation of the spiritual life force at the base of the spine (called Kundalini) so that it will rise easily from the lower centers of your being into the spiritual centers in your head where higher consciousness is perceived and experienced.

Kundalini Yoga can be awakened by the practice of Asanas and Pranayamas as well as concentration and training of the mind, by the practice of Yoga with the grace of the Guru. Some may achieve it by merely practicing the principles of Hatha Yoga, but in most cases, you will need to combine different methods.

The word tantra literally means 'expansion'. Tantra focuses on the dynamic aspect of divinity called Shakti, or 'the Cosmic Mother'. The aim of tantra yoga is expanding awareness in all states of consciousness be it awake, dreaming or sleeping. Though some self-styled teachers have misconstrued the symbolism of tantra yoga into sexual practices for men and women, the true goal of tantric yoga differs. It is to awaken and harmonize the male and female aspects within each person to spiritually realize the whole universe as an expression of the Cosmic Mother.

Ashtanga Yoga means to purify the mind through eight - fold path prescribed by Patanjali in yoga sutras. It was one of the earliest forms of yoga. This method of Yoga involves synchronizing the breath with progressive series of postures-a process producing intense internal heat and a profuse, purifying sweat that detoxifies muscles and organs. The result is improved circulation, a light and strong body, and a calm mind.The following are the components of Ashtanga yoga:

Vinyasa: Vinyasa means breathing and movement system. The purpose of vinyasa is for internal cleansing of body and spirit.

Tristhana: Tristhana is the union of the three places of attention or action (posture, breathing technique place of vision)

Description: Yoga is complete system of physical, mental, social, and spiritual development, which holds its relevance even in today's modern world. Over the years, Yoga has expanded to every corner of the globe, where its lessons of self-restraint and balance have been adaptable with just about every religion and culture. More than an ordinary fitness regime, yoga has proven to be a way of life for many.

Bikram Yoga is a relatively newer yogic practice that was propounded by Bikram Choudhury. It involves a series of yoga poses that are performed in a room that is heated to around 90 -100 degrees F. The Yoga session involves standing, back bending, forward bending and twisting postures. Tristhana: Tristhana is the union of the three places of attention or action (posture, breathing technique place of vision).

The heat allows your body to become more flexible and eliminates risk of injury. The heat also promotes sweating that releases toxins from the body. Bikram Yoga aims at working on strengthening muscles, joints and ligaments as well as working on internal organs. This scientific warming is known to reduce stress and increase blood circulation. Weight loss and well toned muscles are other benefits.