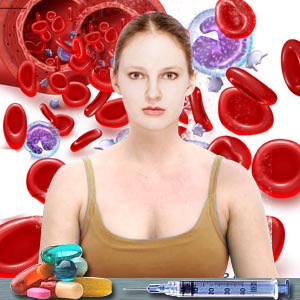 It is vital to understand that after child birth ovulation and menstruation need not happen together; she may have her period without ovulation or may ovulate and then get her first period shortly after.

Many mothers are baffled about when they will get their first period after pregnancy. Return of menses after birth depends on individual body and hormonal influences of Breastfeeding. If the baby is given supplementary feed and they sleep through the night, chances are that menstruation should return earlier for the mother. Women who do not breast feed may get their first periods after birth as early as even a month.

Breastfeeding can suppress menstruation. This is because the prolactin present in the breast milk tends to suppress the menstruation after pregnancy. Many women do not get their periods at all while they are breastfeeding. Once they get their first period, it can be very irregular. But this is very normal and the cycle becomes regular over a period of time.

If the baby is bottle fed, chances are the periods will return faster. In fact in 80% of the mothers, menstruation returns within ten weeks after birth if they do not breast feed.

It is vital to understand that after child birth ovulation and menstruation need not happen together; she may have her period without ovulation or may ovulate and then get her first period shortly after. Many women do not know that are ovulating and get caught out falling pregnant!

Pregnancy and child birth can bring significant changes in her menstrual cycle. She needs to cope up and adjust with these changes instead of worrying about menstruation after pregnancy. Adjusting with the changes and yet adapting and enjoying life after pregnancy should be the objective. Over time, as everything else, menstruation after birth will return to normalcy.


Top of the Page: Menstruation after Birth
Popularity Index: 100,775