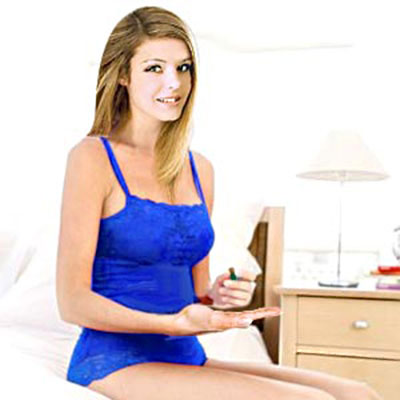 It is strange. You have never experienced this kind of mid-cycle vaginal bleeding. The timing is unusual; the vaginal spotting or bleeding is abnormal. You are concerned. Could this have something to do with the birth control pills you are on?

Breakthrough bleeding, vaginal bleeding breakthrough and vaginal bleeding due to hormones all mean the same. Menstrual bleeding outside normal menstruation when a hormonal method of birth control is used is referred to as breakthrough bleeding. The hormones can be either estrogen or progesterone or a combination of both. There are different forms of taking these hormones. They can be taken orally (oral contraceptives or the pill), implanted into body tissue, injected under the skin (birth control injection), absorbed from a patch of skin (the patch) or placed in the vagina (vaginal ring).

Breakthrough bleeding can take place at various stages - when starting to use a birth control method, while switching brands or changing regimen and in most cases this stops on its own; probably after the first cycle or two. For some, the bleeding can be light spotting, for some it can be a heavy flow. Breakthrough bleeding needn't necessarily be experienced by all women who use a birth control method. But, smokers are more prone. Also, as compared to non smokers, higher percentage of smokers are likely experience breakthrough bleeding in the first three cycles of taking the pill.

The bleeding or spotting occurs when the body is in the process of adjusting to the hormone dosages that enter the body through contraceptives. For some, the body metabolizes hormones fast and for some it is slow. The pattern of bleeding is largely influenced by the birth control method. Other causes of breakthrough bleeding are:

Accept: Understand and accept that it is not dangerous and is a temporary condition only.

Prepare: Though a nuisance, get ready to handle both physically and mentally.

Manage: If using tampons, change frequently and stop using tampons as soon as the bleeding stops. Tampons in vagina for too long can lead to potential serious health condition.

Carry on: Missing doses or changing time result in breakthrough bleeding. Don't stop, continue and it will help minimize bleeding and reduce duration.

Check out: Taking medications like antacids, antibiotics, certain OTC digestive medications, herbal remedies like St. John's Wort can affect absorption of pill. There are medications such as anticonvulsants, anti-tuberculosis and antifungal medications that can increase the metabolism of birth control pills. Discuss with health care provider to decide further use of medication.

But, if marked by a high degree of irregularity and lengthy periods of bleeding with symptoms like fever and fainting, it indicates a serious medical condition. It is best to seek medical help. Also, if breakthrough bleeding continues after the first three months or after several years of using contraceptive methods, it requires further evaluation. Contact health care provider without further delay.

Fix up an appointment with your gynecologist and take along medical history reports. Remember last menstrual date and take along list of medications being taken. The following course of action may be recommended.

Cause of Breakthrough Bleeding


Not at all. Breakthrough bleeding is not indicative of pill failure. In fact in the first couple of months of pill usage, it is not abnormal to notice breakthrough bleeding. It takes the body time to adjust to the synthetic hormones. Late cycle bleeding often suggests that the woman needs a pill with higher progestin, either in dose or strength. It could also mean that a pill with lesser estrogen is better suited. Rare cases of early cycle bleeding usually indicate that your pill does not contain enough estrogen. But if this second bleed every month doesn't stop in a couple of months, do consult your doctor.

2. Does smoking increase your chances of breakthrough bleeding?

Does smoking increase your chances of breakthrough bleeding?

3. Do thinner women have a increased risk of breakthrough bleeding?

Do thinner women have a increased risk of breakthrough bleeding ?

Yes
After all, breakthrough bleeding mostly happens due to fluctuations in the body hormones. Most often this happens to women who are on contraceptive pills. Lower estrogen levels tend to cause bleeding mid cycle. Thinner women are noticed to have lower estrogen levels. Natural ways to increase estrogen intake or slow down estrogen metabolism include taking Vitamin C or grapefruit juice along with your daily pill.

5. What are the possible causes for breakthrough bleeding, other than hormonal contraceptive pills ?

Breakthrough bleeding can occur to women who are not on the pill too. Infections or Sexually transmitted diseases can be probable causes. If you are pregnant a few weeks, it is not uncommon to notice a little bleeding. Some women notice mild bleeding during ovulation. Your doctor might suggest an ultrasound to check for internal polyps, fibroids or ovarian mass.