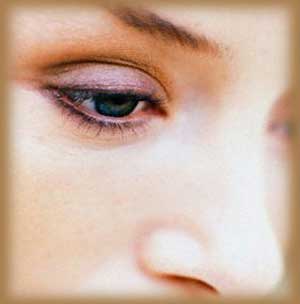 Menopause symptoms are explained in a simple and lucid manner. This article gives you an overall perspective of the peri menopausal phase.

Menopause is an important time in a woman's life - a time when her menstrual periods come to an end. An important phase in the aging process, menopause can occur anywhere between 45 and 60 though there are cases where early menopause sets in by the late 30s and early 40s. Menopause brings with it some symptoms and conditions that vary from woman to woman. Along with problems such as hot flushes, vaginal dryness, weight gain and mood swings, many a woman goes through bouts of depression. Let us examine the typical symptoms that characterize menopause and understand the condition of peri menopause.

Menopause symptoms vary from woman to woman. The duration and severity can also depend on a host of factors. Erratic menstrual cycles are often accompanied by mental confusion and foggy thinking. The symptoms of early menopause vary from woman to woman. The degree of discomfort is usually related to the degree with which the hormones are out of balance. The menopausal process occurs over a period of time. There is no single test to reliably predict when a woman will undergo menopause. The early menopausal symptoms will give an indication of the impeding condition. Typical symptoms of menopause are:

Another menopause symptom is urinary incontinence. Many women notice thinning hair and dry skin during this period. Some women notice abnormal and excessive bleeding during early onset of menopause. Low estrogen levels can increase the risk for heart disease and osteoporosis. Weight gain occurs during this period. The weight distribution tends to follow male pattern - increased weight in the midsection. The changing hormone levels cause this shift in the distribution of body fat. Estrogen helps in maintaining bone density and preventing clogged arteries. Osteoporosis can result after menopause on account of the depleted estrogen content. Women can also be vulnerable to heart conditions after the onset of menopause.

Perimenopause or premenopause refers to the period leading to cessation of the menstrual cycle. This period can range from a few months to a few years. Symptoms of perimenopause begin to appear around the late 30s or early 40s. The hot flashes, mood swings and vaginal dryness appear around this time. Peri menopause is a transitional stage when the gradual decrease of estrogen starts.

Instances of early menopause or premature menopause can result on account of an autoimmune disorder. Ovarian failure occurs predominantly due to antibodies created by the body to attack itself. As a result, the endometrium or ovarian tissue is attacked. Hysterectomy is another common cause for early onset of menopause. The loss of both ovaries results in depleted levels of estrogen and progesterone thereby triggering off menopause symptoms.

Women who have undergone radiation treatment may experience early menopause since the ovarian function may be impaired due to chemotherapy or radiation therapy. Sometimes, premature menopause tends to run in some families. Hypothyroidism is noticed in many a premenopausal woman. Since the symptoms of thyroid disease and menopause are similar, the thyroid condition tends to go unnoticed.

Another common symptom noticed during menopause is that the tissue lining of the vagina becomes thinner on account of the reduced estrogen. Uncomfortable vaginal dryness and itchiness are noticed. This leads to painful and uncomfortable intercourse. Infection and painful urination are also experienced during menopause.

Erratic hormone levels cause menopause symptoms of depression. Lowered estrogen levels seem to affect the levels of neurotransmitters and cause a shift in the chemical environment. This leads to mood swings and depression. HRT can help in alleviating symptoms of depression that starts around early menopause. Since this period in a woman's life coincides with children leaving home as well as mid life changes in career and relationships, it is a stressful time. Anxiety and difficulty in concentrating as well as overreactions to minor upsets are also noticed as menopausal symptoms.

Though there are conflicting opinions on the same, Hormone replacement Therapy (HRT) is recommended to replace the internal supply. Estrogen replacement therapy is known to preserve brain activity and improve memory.