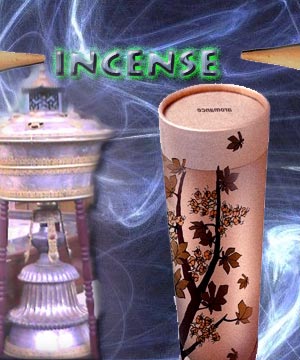 The use of incense can be traced back to early times. The fragrance of incense sticks can help in relieving stress and calming the mind. Read about different kinds of incense holders.

Psalm 141:2 says "Let my Prayer be counted as incense before you."
Mankind has associated itself with fire since primitive age. Primitive man realized that a few types of wood emit pleasant aroma while burning. The smell emanating from these types of woods has varying emotional effects. Religion, medicines and incense are interlinked with each other.

The aroma of freshly baked bread or barbecued meat exhilarates our body and fills us with warmth. The gentle fragrance of flowers or rain-drenched soil wafting in gives pleasure. Smells boost our divinity as well. Incense denotes prayer as per the scriptures and finds mention in the Old and New testaments. Incense is prepared from strong-smelling plant material that is often combined with essential oils extracted naturally or artificially. As the incense smolders, it releases sweet-smelling smoke that has healing properties. Incense was also used as a time keeping device in Japanese and Chinese society.

Incense comes in various forms of raw wood, chopped herbs, powders, paste and even as liquids (oils). Incense can be classified as direct burning and indirect burning types based on how they are used. Large and coarse incense are inclined to smolder longer when compared to fine incense. Direct burning incense requires very little preparation before use. In general, the form of incense used depends on the tradition and culture. In the West, incense is used in the form of powder and is smoldered to honor Christ.

Making incense on your own is pretty easy. A binder called makko is used that serves as a burning agent and acts as a water soluble binder. The bark of an evergreen tree is used as makko. Choose an essence of your choice and mix all the ingredients using warm water along with makko. Form into shapes as required and let dry for 24 hours. Sandalwood is another popular base for making incense.

A censer or incense burner comes in various shapes and is made of different metals. Incense holders for sticks, coils and resin can be selected from an array of styles and shapes. Be it sleek and simple or intricate and detailed, you can find an incense burner to suit your decor. Feng shui points out that use of lotus shape incense burners develops wisdom, purity and attracts good fortune to the house.

A typical censer is made of metal or stone and has small legs and is used for smoldering incense. The design and embellishment of the incense burner is generally influenced by the religious implication of the user. Simple earthenware, magnificently designed silver or golden vessels - all server as incense burners. Churches belonging to the Roman Catholic, Anglo catholic, Old Catholic and few others refer to incense burners as thurible and use it during important functions.

Incense burners are generally bowls that are made to a size and shape as that of a coffee pot and are suspended on chains. Hot coal is placed in the bowl and the incense is smoldered on that. Use of censer adds a special meaning and marks a pleasant way to burn incense.

Ancient Chinese are known to have burnt selected plants to build up heavy smoke. They felt they could communicate to the spirits through this smoke. Over the ages, fine incense was produced including the ones that were imported from countries like India and Iran. The Chinese burnt their incense in the form of a slender stick in front of joss and the name joss stick was coined. Incense stick is also called joss stick. Throughout the world, places of worship have aromatic smoke emanating from incense sticks. This sweet-scented baton is said to enhance spiritual and psychic elements.

Incense sticks are usually hand-rolled and made from a paste of either charcoal, sawdust powder or sandalwood. Perfumes extracted out of flowers and sacred wood go into the making of incense sticks. A paste is made by mixing charcoal or sandalwood and is rolled on to a stick and dipped in unscented petroleum oil to which the requisite scent is added in its vital form. The scent used can be either natural or artificial. When lit, incense sticks make for an ambience conducive to calming thoughts.

In India, incense sticks are made by dipping a bamboo stick in incense paste. The odor of bamboo is also noticed when you burn the incense sticks. The fragrance of Indian incense tends to be headier, be it loban or sambrani, sandalwood or jasmine. Japanese incense sticks are more slender and do not use bamboo sticks. Instead they are extruded. Incense from Tibet is a mix of many herbs. Incense of a better quality has a subtle and gentle fragrance and is less smoky. Cheaper brands make use of artificial fragrances.

Studies conducted prove that pleasant fragrances make a person energetic and full of life. Human mind triggers signals that motivate various psychosomatic reactions. Inhaling incense in various forms is vital to aromatherapy. It enables the mind to relieve itself of stress and anxiety thereby enhancing overall health. To burn incense sticks, light the end with perfume resting on .Let it burn until the stick is smoldering and then lightly blow the flame out. The stick then gently smokes out at a steady pace.

Burning incense leads to dropping of ash. An incense holder is a fine way to avoid a mess and collect the cinders. Incense sticks are placed in a variety of incense holders made of wood or metal. A hole provided on the tray that acts as a holder to insert the incense. As the incense burns, residue is dropped on the tray. 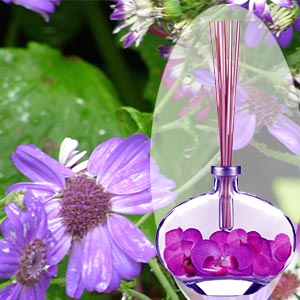